Samsung is all set to launch its Galaxy M30 in India today at 6 PM. This is the third phone in the Galaxy M series after the Galaxy M20 and M10. We have pitted the phone against the M20 to see what’s the difference? 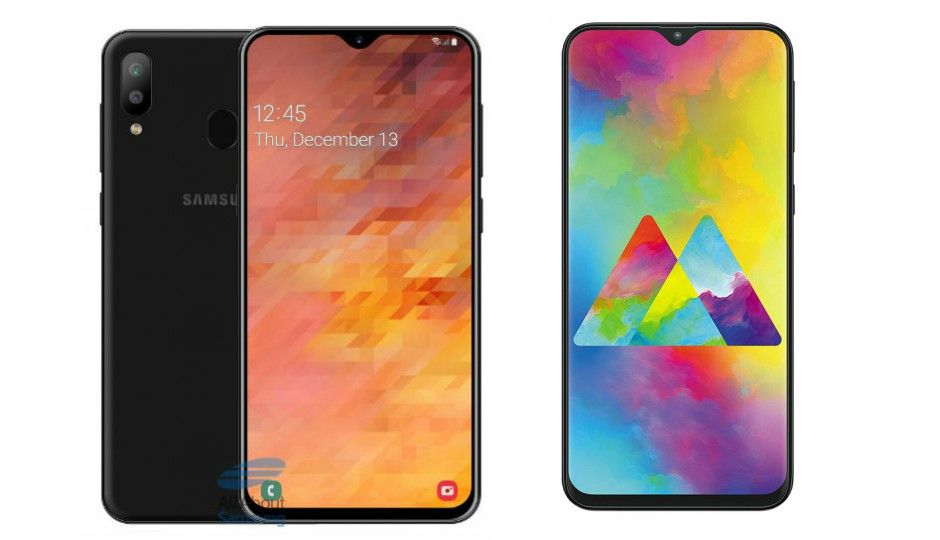 Samsung is all set to unveil its M30 in India today at 6 PM. As per the company, the phone will come with a 6.4-inch Super AMOLED display and a triple camera setup on the back that will also have an ultra-wide angle lens. The phone packs 5,000mAh battery that supports 15W fast charging. We are comparing the device with the Samsung newly launched Galaxy M20, which comes with a dual camera setup on the back and a display with a water drop notch. So, let’s compare these two phones on the basis of Samsung’s M30 expected price and specifications. 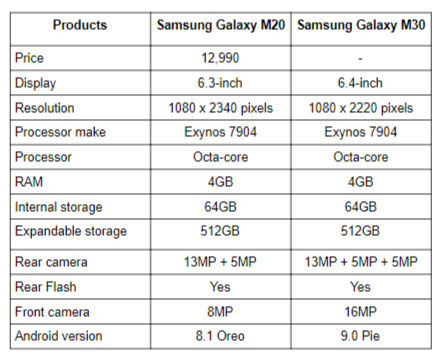 The Samsung Galaxy M30 is tipped to feature a 6.4-inch FHD+ AMOLED Infinity-U display. On the other hand, the Galaxy M20 sports a 6.3-inch display that offers a resolution of 1080 x 2340 pixels.

Both the smartphones are powered by an Exynos 7904 octa-core processor, which are paired with 4GB RAM and 64GB internal memory that is expandable to up to 512GB via a microSD card.

The Samsung Galaxy M30 is expected to come with a triple camera setup on the back. It is tipped to feature a telephoto lens, a wide angle lens, and an ultra-wide angle sensor as well. On the front, the phone is rumored to come with a 16MP sensor. On the other side, the Galaxy M20 has a dual 13MP + 5MP camera setup on the back along with an 8MP unit on the front for clicking selfies.