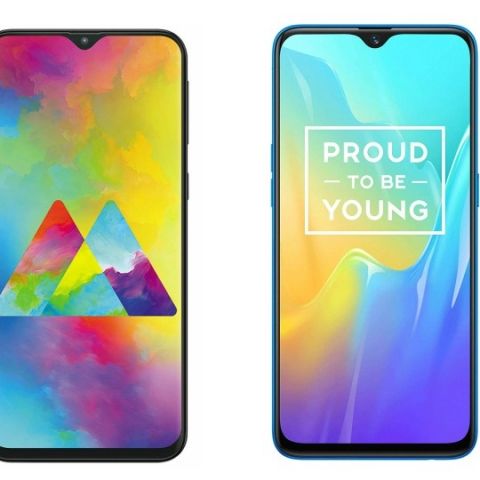 Samsung has recently launched two new budget smartphones in India Galaxy M10 and M20. The Galaxy M20 is the premium one among the two and comes in two variants 3GB/32GB and 4GB/64GB storage models. On the other hand, we have RealMe selfie centric device “U1”, which is the world’s first smartphone that features a MediaTek Helio P70 chipset. It would be interesting to see whether Samsung would able to beat RealMe U1 in terms of hardware? 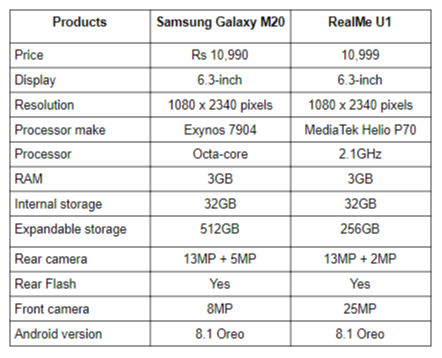 Coming to the cameras, the Samsung Galaxy M20 sports a dual 13MP + 5MP camera setup on the back along with an 8MP sensor on the front. On the other hand. The RealMe U1 has a 13MP + 2MP dual rear cameras and a 25MP front camera for clicking selfies.