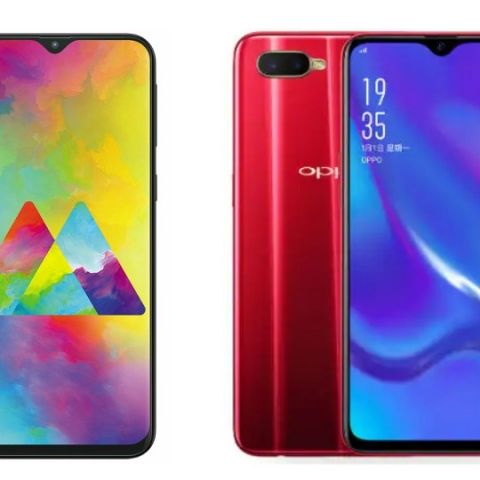 Recently, Samsung has launched two new devices under its M series- Galaxy M10 and M20 among, which the M20 is the premium one. The device is starting from Rs 10,990 in India and going up to Rs 12,990 for the 4GB/64GB variant. On the other hand, we have the latest Oppo K1, which is the most affordable device in the market currently that comes with an in-display fingerprint sensor. So, let’s begin with comparing the specifications of these two devices to know which one will be the better choice for you if you have a limited budget? 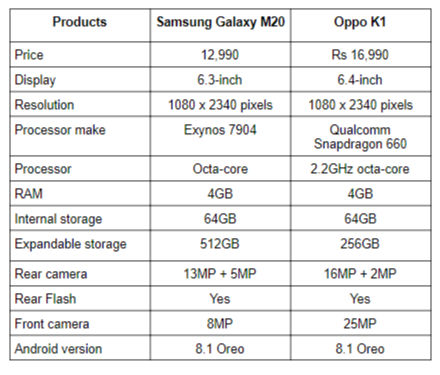 Coming to the cameras, the Samsung Galaxy M20 sports a dual 13MP + 5MP camera setup on the back along with an 8MP sensor on the front for clicking selfies. On the other hand, the Oppo K1 features a dual 16MP + 5MP rear cameras and has a 25MP unit on the front.