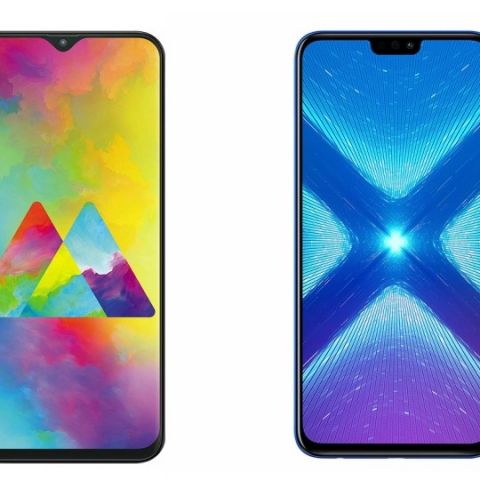 The Samsung has recently launched two new devices under its M series - Galaxy M10 and M20 among, which the Galaxy M20 is the premium one. The phone is launched in India in two variants 3GB/32GB and 4GB/64GB storage models. The higher-end 4GB variant is priced at Rs 12,990 in India.  We pitted the phone against the Honor 8X, which also comes around the same price and packs solid hardware under its hood. So, let’s see whether the Samsung latest device Galaxy M20 would able to give Honor 8X a tough competition? 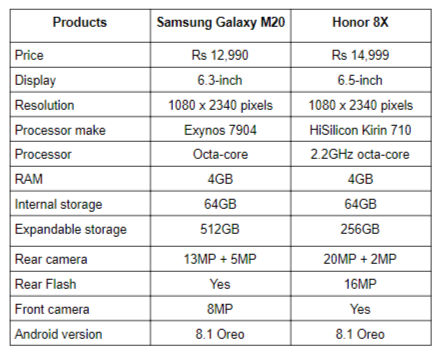 As far as the cameras are concerned, the Samsung Galaxy M20 features a dual 13MP + 5MP camera setup on the back. The 5MP sensor can be used for clicking wide angle shots. At the front, the phone has an 8MP camera for clicking selfies. When it comes to the Honor 8X, the device has a dual 20MP + 2MP rear cameras with a 16MP sensor on the front.