Recently, the Oppo has launched its Oppo R17 Pro in India with a triple camera set up at the back. We are comparing the device with the Vivo V11 Pro to see which device packs a better hardware under its hood? 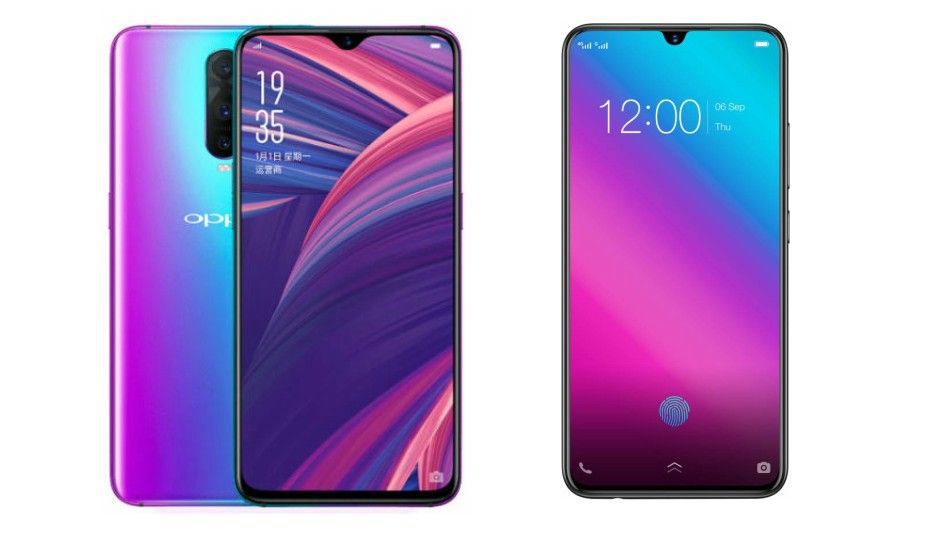 The Oppo R17 Pro has been launched in India with a triple camera setup at the back and in-display fingerprint sensor. The phone is priced at Rs 45,990 in India. On the other hand, we have the Vivo V11 Pro, which comes with AI-based dual rear cameras and a 25MP front shooter. So, if you’re thinking of purchasing a smartphone and have a decent budget then this might help you to figure out which device will fit the bill. 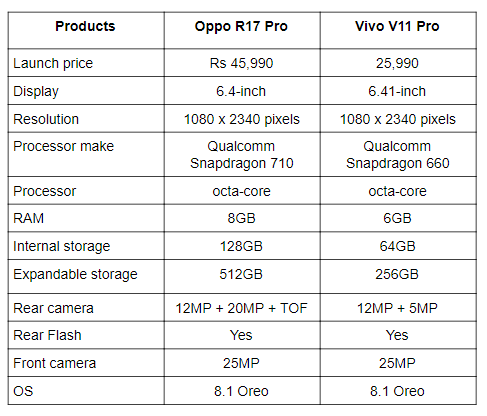 The Oppo R17 Pro features a 6.4-inch notched display that offers a resolution of 1080 x 2340 pixels. On the other hand, the Vivo V11 Pro sports a slightly bigger 6.41-inch display that also offers the same resolutions as the Oppo R17 Pro. Both the device comes with a dew-drop notch on top it, which houses the front-facing camera.

When it comes to the performance, the Oppo R17 Pro is powered by a Qualcomm Snapdragon 710 octa-core processor, which is paired with 8GB RAM and 128GB internal memory, which is expandable to up to 512GB via a microSD card. On the other hand, the Vivo has equipped its device with older 6000 series as it comes with Qualcomm Snapdragon 660 processor. The device packs 6GB RAM and 64GB internal memory.

As far as the cameras are concerned, the Vivo V11 Pro has a dual 12MP + 5MP AI based rear cameras with a 25MP unit on the front for clicking selfies. The Oppo R17 Pro has a triple 12MP + 20MP + TOF camera set up at the back, which is also the highlight of this smartphone. On the front, the Oppo R17 Pro also has a 25MP sensor.