Motorola has recently announced four new smartphones in its G-series lineup that includes Moto G7, Moto G7 Play, Moto G7 Plus, and Moto G7 Power. We pitted the Moto G7 with its predecessor Moto G6 to see what’s the difference is there between the two. 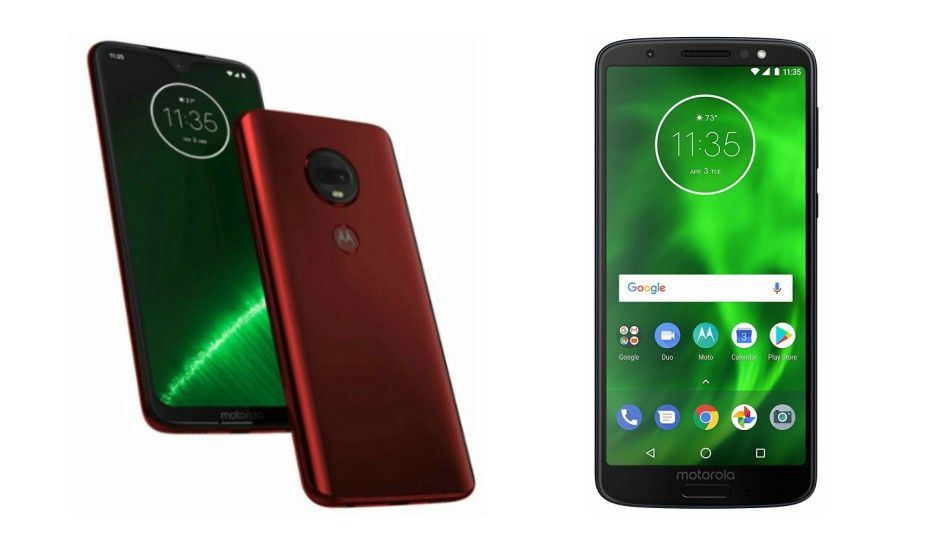 The Motorola has finally announced the launch of four new smartphones in its one of the most popular G-series lineup recently. The Motorola G series is known for providing solid specifications under a limited budget. The new Moto G7 is announced to replace the 2018 Moto G6. It would be interesting to see what’s new the company has to offer with its latest Moto G7 in compared to its predecessor Moto G6. 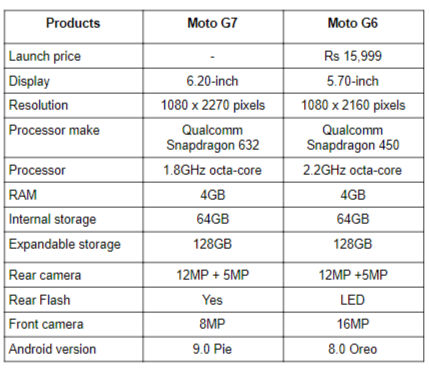 As far as the cameras are concerned, both the device sports a dual 12MP + 5MP camera setup on the back. However, it is quite weird that the Moto has provided an 8MP sensor in the G7 as its predecessor Moto G6 has a 16MP unit on the front. Although, it would be too early to decide on anything as there are a lot of factors that contribute towards the quality of the camera other than the megapixels.

The Moto G6 was launched in India at a price of Rs 15,990. The phone is now available on Amazon India at a discounted price of Rs 12,999. On the other side, the Moto G7 is expected to launch in India very soon.