The Lenovo Z5s has finally been launched in China on Tuesday. The phone has a triple camera setup at the back and a dew-drop notch on top. Here’s take a look at the phone comparison with the Xiaomi Redmi Note 6 Pro. 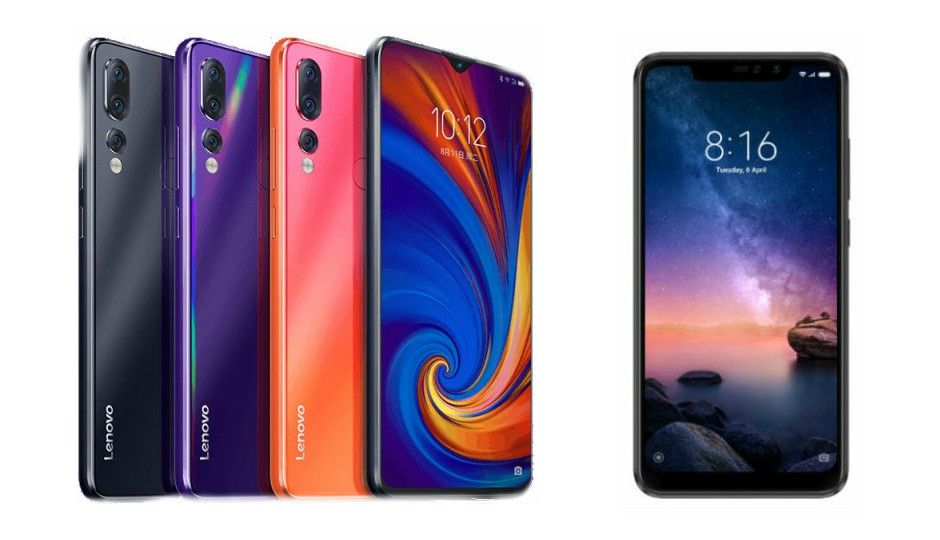 The Lenovo Z5s with a triple camera setup and a Qualcomm Snapdragon 710 processor is now launched in China at CNY 1,398 (Rs 14,000 appx). The price at, which the smartphone has been launched brings the device close to the Xiaomi Redmi Note 6 Pro, which is a quite popular smartphone in the mid-range segment. We are comparing these two smartphones to see which one is a better device when it comes to hardware at least on paper. 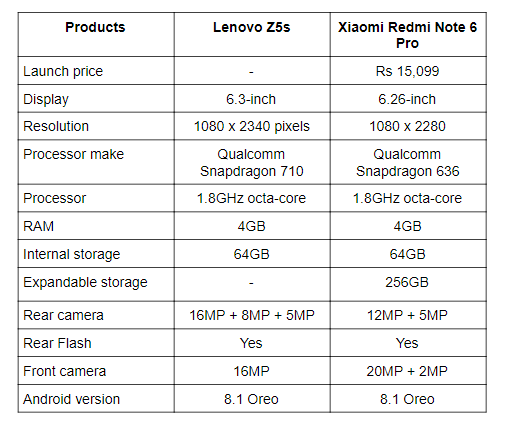 As far as the cameras are concerned, the Xiaomi Redmi Note 6 Pro is the first smartphone by the company that has four cameras in total- two at the back and two on the front. It has a dual 12MP + 5MP rear cameras with 20MP + 2MP unit on the front.

The Lenovo Z5s is also the first smartphone by Lenovo, which comes with a triple camera set up at the back. The device has 16MP + 8MP + 5MP rear cameras along with a 16MP sensor on the front.