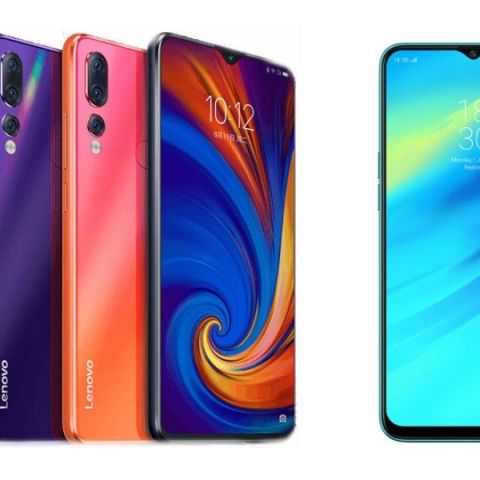 The Lenovo Z5s has been launched in China with a triple camera set up at the back and a dew-drop notch. The phone is priced at CNY 1,398 (appx Rs 14,000). The phone has been released in three color options orange, blue and black. On the other hand, we have the RealMe 2 Pro that comes with a Qualcomm Snapdragon 660 processor. Let’s compare the two devices to see which one packs better hardware under its hood. 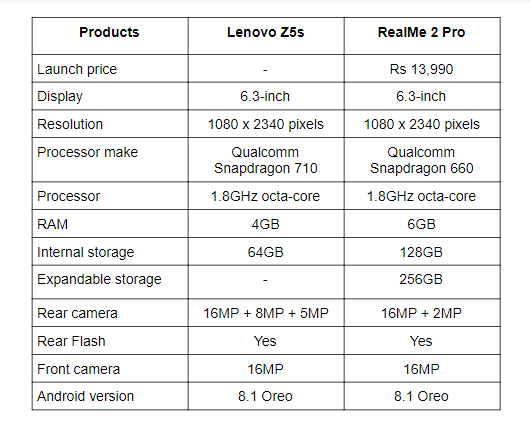 As far as the cameras are concerned, the Lenovo Z5s has a triple 16MP + 8MP + 5MP camera setup the back with a 16MP sensor on the front, while the RealMe 2 Pro has a dual 16MP + 2MP rear cameras with a 16MP unit on the front.

The RealMe 2 Pro is available in India for Rs 13,990, while you have to wait for the Lenovo Z5s India launch to purchase the device.