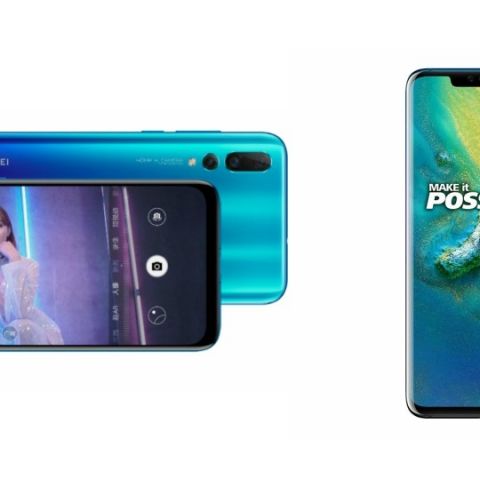 The Huawei Nova 4 is now the world’s first smartphone, which is launched with a 48MP rear camera. The smartphone high-end variant is equipped with a 48MP + 16MP + 2MP rear cameras, while its low-end variant launched with a different combination as it has a 20MP + 16MP + 2MP rear cameras. On the other hand, we have the Huawei Mate 20 Pro, which was launched a few months back with a triple camera set up at the back at a price of Rs 69,990 in India. Let’s just do a quick spec comparison to know whether it worths waiting for Huawei Nova 4 India launch or should you go with Mate 20 Pro instead? 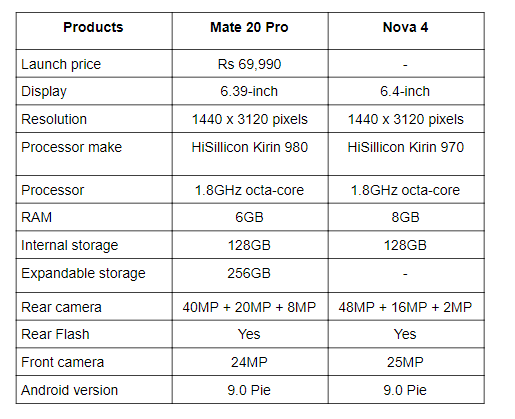 Coming to the cameras, both devices highlight is their cameras as they both come with a triple camera set up at the back. The Huawei Mate 20 Pro features a 20MP + 40MP + 8MP rear camera, while the Huawei Nova 4 is equipped with a triple 48MP + 16MP + 2MP sensors.

The Huawei Nova 4 is the world’s second smartphone with a punch hole 25MP selfie camera, which makes this smartphone completely bezel-less. On the other hand, the Huawei Mate 20 Pro has a 24MP sensor on the front.

The Huawei Nova 4 has launched in China at Yuan 3,099, which roughly translates into Rs 32,000 (appx). There is no official statement came from the company yet about when the smartphone is going to launch in India. On the other hand, the Huawei Mate 20 Pro is priced at Rs 69,990 in India.