Today, we are comparing the Huawei’s Mate 20 Pro with the P20 Pro to see which is best? If in case, you’re thinking to buy a new Huawei’s flagship device. 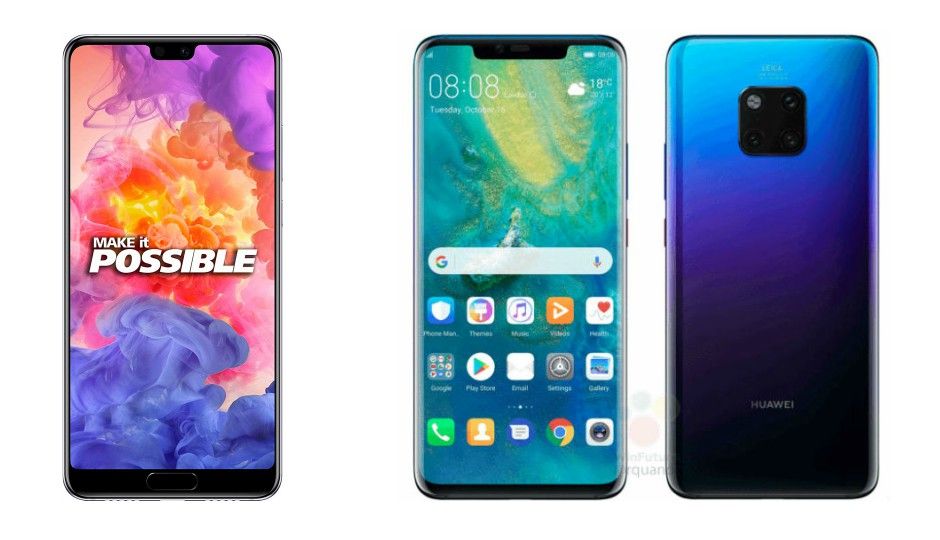 The Huawei has finally launched its Mate 20 Pro in India on November 26. The smartphone features a triple 40MP + 20MP + 8MP rear camera and comes with a 6.39-inch display. On the other hand, we have the P20 Pro, which was the first smartphone by Huawei to feature a triple camera set up at the back. So, let’s begin with a quick specification comparison to know which one is the best buy for you? 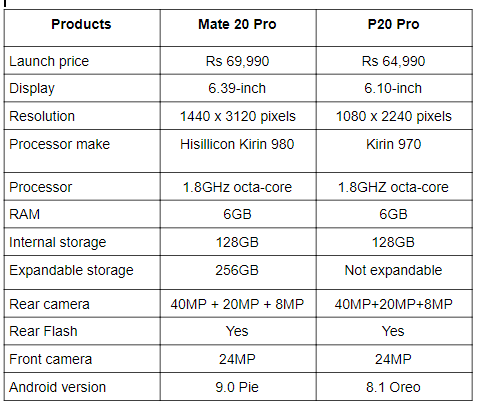 Let’s begin with comparing the display of these two premium devices in detail. The Huawei’s Mate 20 Pro comes with a 6.3-inch display that offers a resolution of 1440 x 3120 pixels. On the other side, the Huawei P20 Pro sports a 6.10-inch display with a resolution of 1080 x 2240 pixels. If you’re looking for a smartphone with a bigger screen size then the Huawei P20 Pro is the one, which comes with a slightly bigger display. However, the Mate20 Pro offer better resolutions than the P20 Pro.