The Honor Play 8A has been launched in China last week in two RAM/storage variants. The phone is a successor to the Honor 7A. We are comparing it with the Honor 8X to know which device would be the right buy among these two? 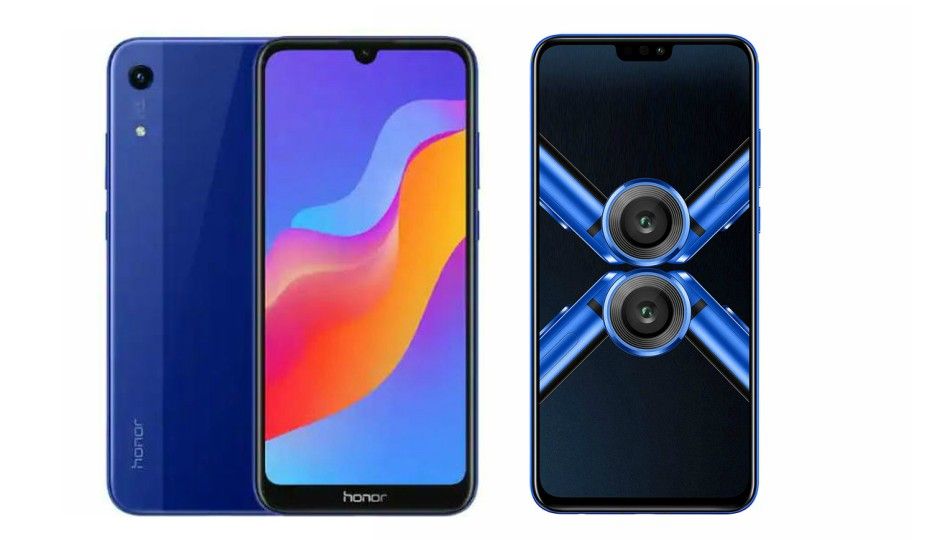 The Honor 8A has been the talk of the town for quite a period of time. The phone was leaked on TENNA earlier then revealed on the Chinese website called Weibo. Finally, the smartphone got launched in China last week with a MediaTek chipset. On the other hand, the Honor 8X is another mid-range segment device by the company that is powered by a Kirin 710 octa-core processor. We are comparing these two smartphones to see which one will be the right choice in terms of specifications? 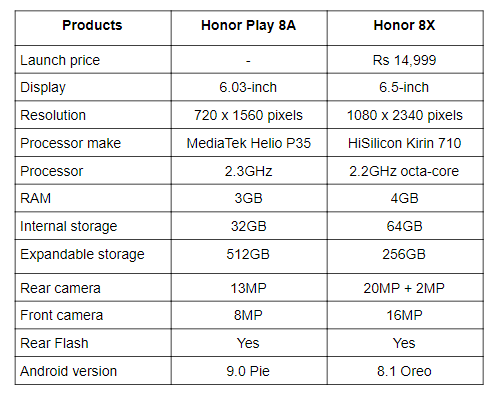 When it comes to the cameras, the Honor Play 8A has a single 13MP unit on the back along with an 8MP sensor on the front, while the Honor 8X has a dual 20MP + 2MP rear cameras with a 16MP sensor at the front.

The Honor 8X is available in three variants 4GB/64GB, 6GB,64GB, and 6GB/128GB models. The base variant is priced at Rs 14,999 in India. On the other side, the Honor Play 8A India launch has not been confirmed by the company yet.