Today, we are comparing the Honor 8X to the Nokia 6.1 Plus to help you in deciding which one you should buy. 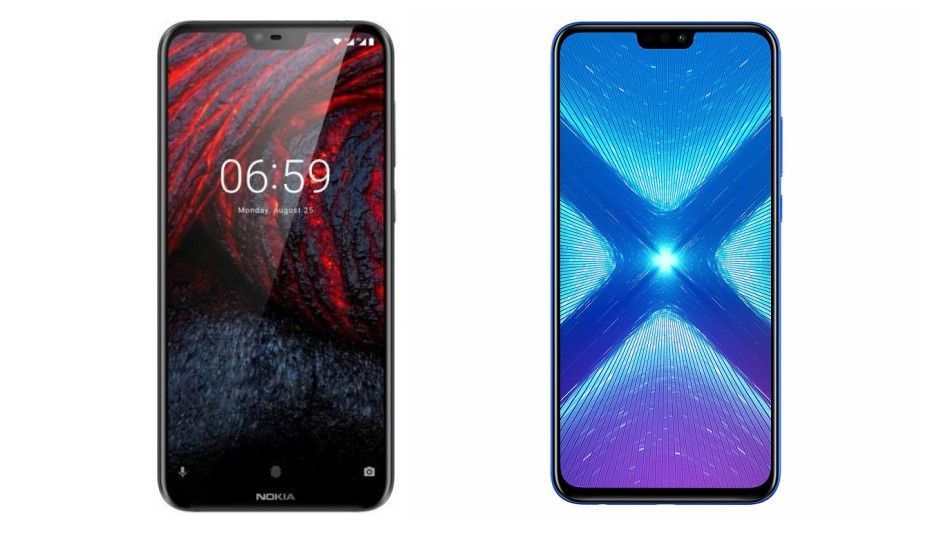 The Nokia 6.1 Plus was launched in China back in May as the Nokia X6. The device is a part of Google’s Android One program and runs on Android 8.1 Oreo. The smartphone has a 5.8-inch Full HD+ display that comes with a notch on top of it. On the other hand, the Honor 8X is another mid-range segment smartphone launched by the company recently this year. It also comes with a notch on top of the display and is powered by a Kirin 659 octa-core processor. So, let’s begin with a quick specification comparison to know which one is the right buy for you. 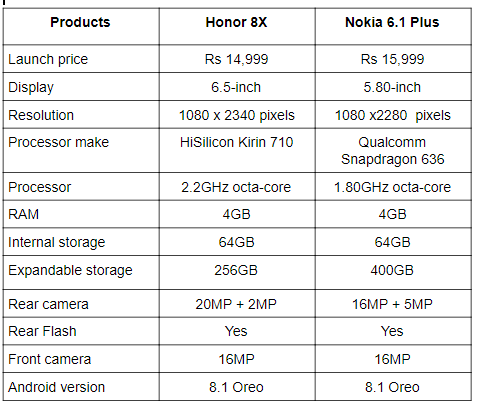 Let’s start by comparing the display of these two smartphones. The Honor 8X sports a 6.5-inch display that offers a resolution of 1080 x 2340 pixels. On the other hand, the Nokia 6.1 Plus comes with a 5.8-inch display and offers a resolution of 1080 x 2280 pixels. If you spend most of your time watching content on your smartphone then the Honor 8X might fit the bill.

When it comes to the performance, the Honor 8X is powered by a Kirin 710 octa-core processor, while the Nokia 6.1 Plus is backed by a Qualcomm Snapdragon 636 processor.