The Honor 8C is about to launch in India soon, here we have pitted the phone against the Honor 8X too see which phone packs a better hardware under its hood. 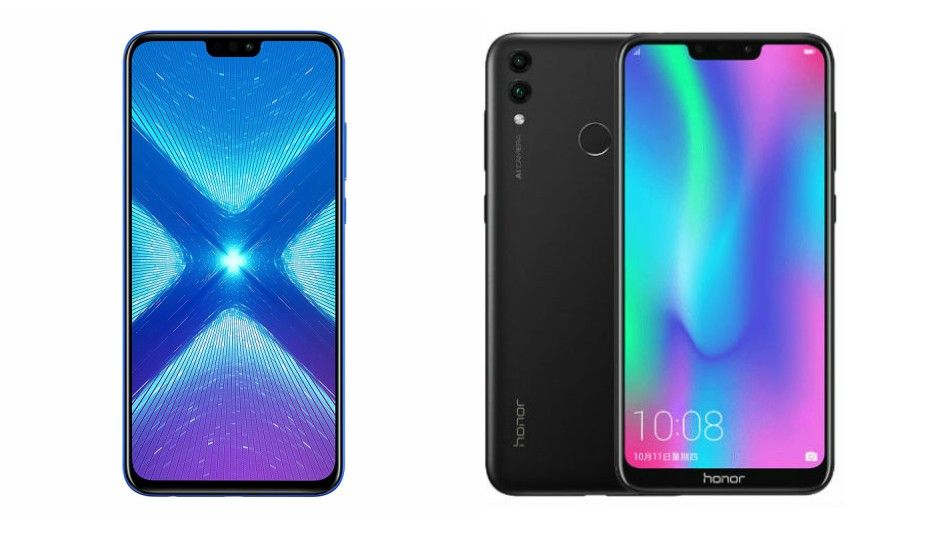 Right after 6 months of the Honor 7C launch, the Honor 8C is soon coming to India this week. The phone is backed by a Qualcomm Snapdragon 632 processor and features AI-enhanced cameras. On the other side, we have the Honor 8X, which was launched in India at a price of Rs 14,999 is a pretty popular device in the mid-range segment. The smartphone is equipped with a Kirin 710 octa-core processor. Let’s compare the hardware of these two devices to see which one provides the best value for your money? 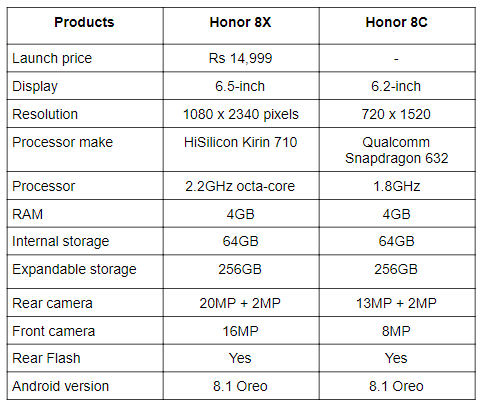 When it comes to the processor, the Honor 8X is powered by Huawei’s own Kirin 710 octa-core processor, while the Honor 8C is equipped with a Qualcomm Snapdragon 632 processor.

The Honor 8X is available in India at a price of Rs 14,999, while the Honor 8C price has not been revealed by the company yet.