The Asus is back with another budget smartphone the Max M2 Pro. We are comparing the device with the RealMe 2 Pro see which budget device is the best in terms of specifications and features. 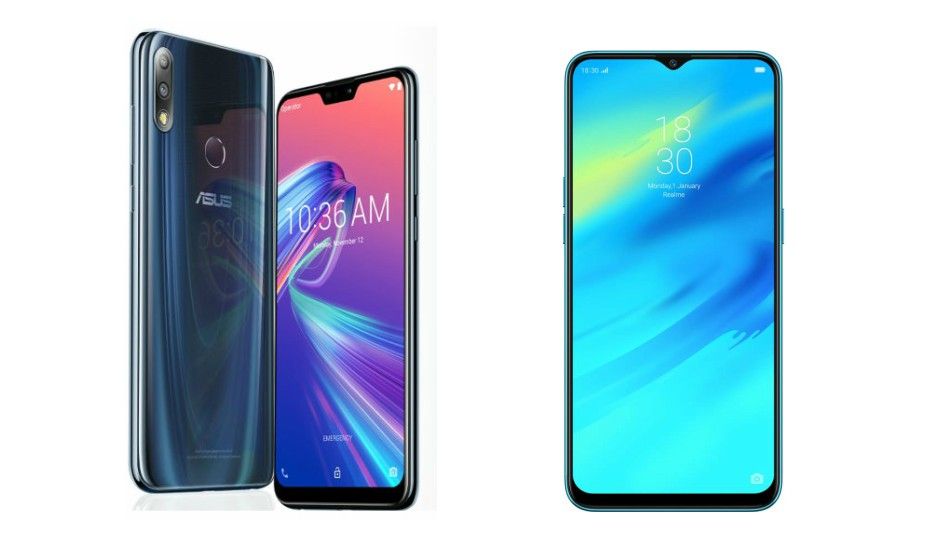 The Asus Zenfone Max M2 Pro has been launched in India in three variants 3GB/32GB, 4GB/64GB, and 6GB/64GB RAM options. The smartphone is priced at Rs 12,999 for its base variant. On the other hand, the RealMe 2 Pro, which was launched recently in India with a Qualcomm Snapdragon 660 processor has already set new standards. Let’s do a comparison of these two smartphones to see whether the Asus Zenfone Max Pro M2 will be able to give a tough competition to the RealMe 2 Pro or not?

The Asus Zenfone Max Pro M2 sports a 6.3-inch full HD+ notched display that comes with an aspect ratio of 19:9. This is the first budget smartphone by the company, which is protected by Corning Gorilla Glass 6. The phone also supports face unlock and has a fingerprint sensor as well.

The Asus Zenfone Max Pro M2 is powered by a Qualcomm Snapdragon 660 processor. The phone has been launched in three variants in India 3GB/32GB, 4GB/64GB, and 6GB/64GB. The smartphone is equipped with a dedicated microSD card slot as well that allows you to expand storage to up to 2TB via a microSD card.

The RealMe 2 Pro is also powered by Qualcomm Snapdragon 660 processor. The device is available in three variants 4GB/64GB, 6GB/64GB and 8GB/128GB. The storage is expandable in the RealMe 2 Pro as well via a microSD card.

The Asus Zenfone Max Pro M2 sports a dual 12MP + 5MP rear camera that is capable of recording videos in 4K resolution. Besides that, it has a Pro mode as well. The Asus is supposed to enable AI-scene detection with a FOTA update soon. At the front, the device has a 13MP sensor that comes with front flash and capable of clicking portrait photos as well.

The RealMe 2 Pro also has a dual camera set up at the back, which consists of a 16MP Primary camera and a 2MP depth sensor. On the front, the smartphone has a 16MP AI-powered camera.