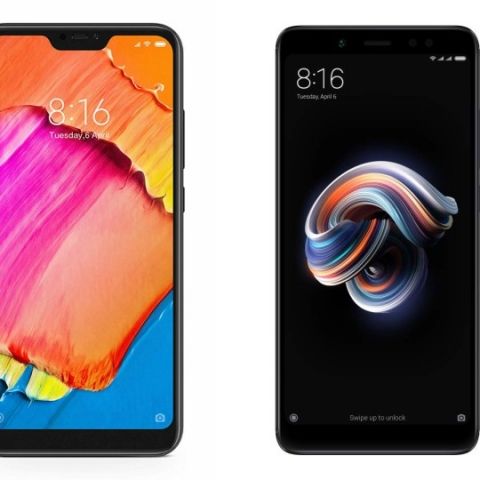 The Xiaomi Redmi Note 5 Pro sports a 5.99-inch display, while the newer Redmi 6 Pro sports a slightly smaller 5.84-inch display. However, the Redmi 6 Pro offers a better resolution than it bigger sibling as it offers a resolution of 1080 x 2280 pixels as compared to the Redmi Note 5 Pro that has a resolution of 1080 x 2160 pixels. When it comes to the performance, it is quite surprising that the company decided to equip its new device with a Qualcomm Snapdragon 625 processor, while the 'older' Redmi Note 5 Pro comes with a Qualcomm Snapdragon 636 processor, which is more powerful.

Both these devices have a dual 12MP + 5MP camera setup at the back. However, the Xiaomi Redmi Note 5 Pro might be the preferable option for those who love to take selfies. The device has a 20MP unit on the front in comparison to the Xiaomi Redmi 6 Pro, which has a 5MP front camera.