Today, we are comparing the Nokia 6.1 Plus with the Xiaomi Redmi Note 5 Pro to see what these two devices has to offer on paper. 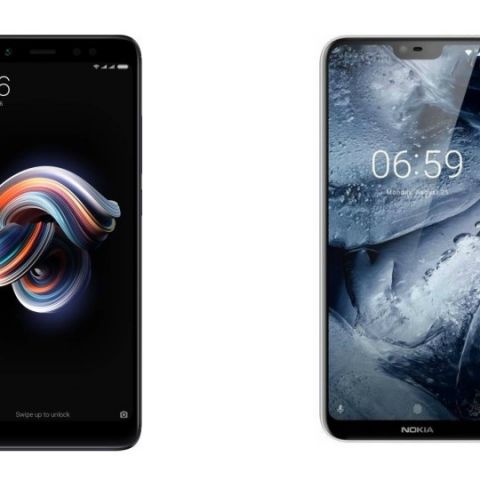 The Nokia 6.1 Plus was revealed in India last week along with the Nokia 5.1 Plus. The highlights of this smartphone are its vertical dual-rear camera setup, Snapdragon 636 processor, and the notch on the display. On the other hand, the Xiaomi Redmi Note 5 Pro, which is a pretty popular phone and is available for around the same price as the Nokia 6.1 Plus. The Nokia 6.1 Plus is priced at Rs 15,999, while the 4GB variant Xiaomi Redmi Note 5 Pro is now priced at Rs 14,999 in India, after initially being available for Rs 13,999.

It should also be noted that the Nokia 6.1 Plus (like all of the company's recent devices) is a part of Google's Android One program. This means that the phone will be one of the first devices to get updates as they are released by Google. On the other hand, the Xiaomi Redmi Note 5 comes with MIUI 9. So if you're a fan of stock Android, you might prefer the Nokia 6.1 Plus more.