Spec Comparison: Nokia 5.1 Plus vs Motorola One Power

Today, we are comparing the Nokia 5.1 Plus with the Motorola One Power to compare which Android One device has better specifications than the other? 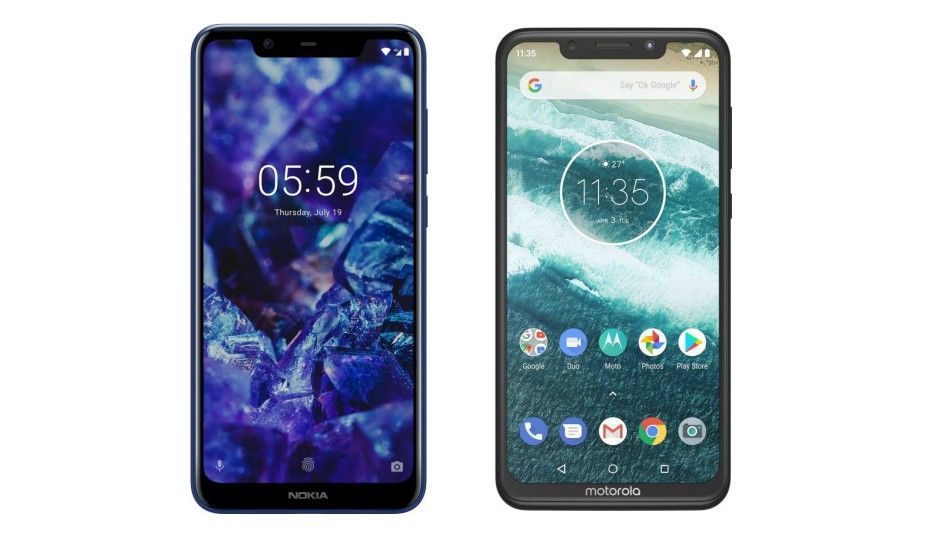 Spec Comparison: Nokia 5.1 Plus vs Motorola One Power

Recently, The Motorola has launched its first ever Android one smartphone in India Motorola One Power. The smartphone comes with a 6.2-inch FHD+ display and has a dual rear camera setup as well. On the other hand, the Nokia 5.1 Plus, which is also a part of Google’s Android one Program comes with a notch on top of the display and is priced at Rs 10,999. Let’s compare the specification of these devices to see which Android One device packs a better hardware under its hood. 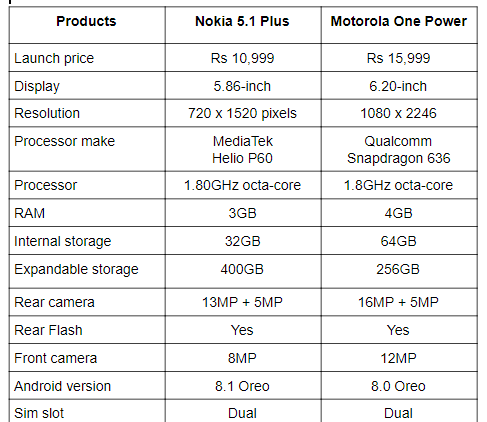 Coming to the processor, the Nokia 5.1 Plus is powered by a MediaTek Helio P60 octa-core processor, which is paired with 3GB RAM and 32GB internal memory. On the other hand, the Motorola One Power is backed by a Qualcomm Snapdragon 636 processor with 4GB RAM and 64GB internal memory. When it comes to the cameras, the Motorola One Power features a dual 16MP + 5MP camera set up at the back with a 12MP unit on the front. The Nokia 5.1 Plus also have a dual 13MP + 5MP rear camera with an 8MP on the front.