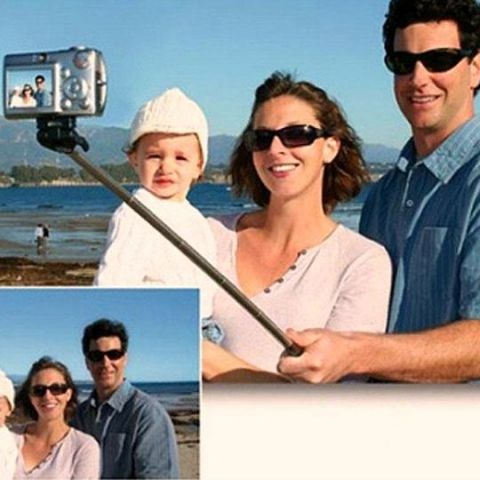 Selfie stick along with Apple Watch, Mangalyaan, Blackphone and Coolest Cooler have made it in Time Magazine list of top 25 inventions of 2014.

Selfies have become a phenomenon across the globe in 2014. The selfie stick enables you to capture a selfie from any angle of your choice by positioning your smartphone beyond the arms reach.

Time said, "If 2013 was the year in which selfie became a buzzword, then 2014 was the year selfies became a cultural phenomenon."

"Look no further than a recent Pew report, which found that at least a quarter of Americans have shared a selfie on a social-networking site (including Ellen Degeneres, Kim Kardashian and President Obama)," it added.

Apple's much awaited Apple Watch is also on the list. Time Magazine stated that Apple Watch "wholly reimagines the computer for the wrist, using a novel interface that combines a touchscreen and physical buttons". It noted that that the Apple Watch can send messages, give directions, make payments, track fitness and much more. The smartwatch is expected to be launched in Spring of 2015 with prices starting at $349.

India's Mangalyaan is on the number two spot in the list. Describing India’s first Mars mission, Time Magazine said, “Nobody gets Mars right on the first try. The U.S. didn’t, Russia didn’t, the Europeans didn’t. But on Sept.24, India did.”

Apart from this that puts privacy at the forefront and the Coolest Cooler which was the top-funded campaign on Kickstarter are also on the list.