Besides cross-licensing each other’s cellular standard essential patents, the two companies will also collaborate on IoT, AR and VR 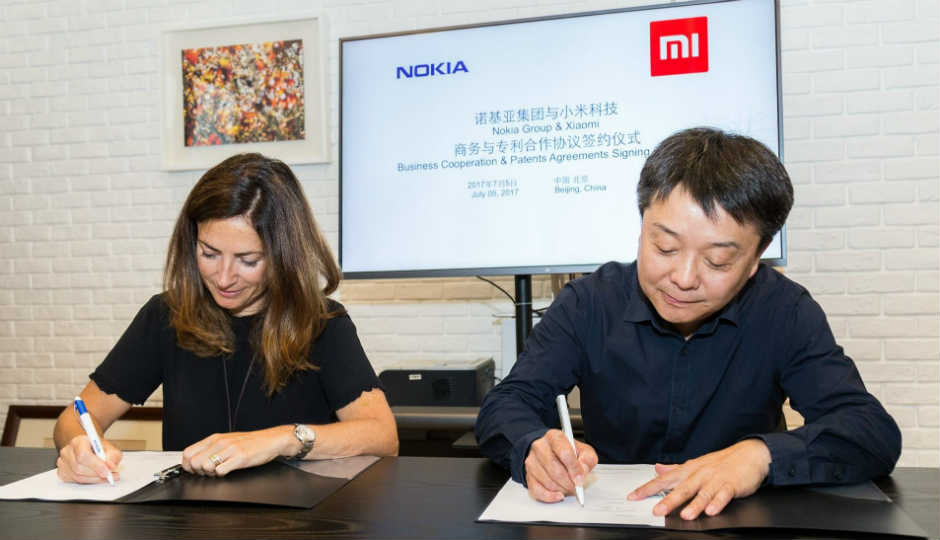 Nokia has Xiaomi have signed a multi-year patent agreement, which includes a cross license to each other’s cellular standard essential patents. As part of the deal, Xiaomi will acquire patent assets from the Finnish company. The two companies will work together on optical transport solutions for datacenter interconnect and IP Routing, based on Nokia’s new FP4 network processor as well as a data center fabric solution.

Nokia and Xiaomi have also agreed to cooperate in areas such as Internet of Things (IoT), Augmented Reality (AR), and Virtual Reality (VR). Xiaomi already has a number of IoT devices in its portfolio ranging from air purifiers to rice cookers. In its press statement, Nokia notes that the Mi Ecosystem IoT platform crossed 60 million connected devices and there are currently over 8 million daily active connected devices on the platform.

"Xiaomi is one of the world's leading smartphone manufacturers and we are delighted to have reached an agreement with them," stated Rajeev Suri, President & CEO of Nokia. "In addition to welcoming such a prominent global technology company to our family of patent licensees, we look forward to working together on a wide range of strategic projects."

While details of the deal are not yet known, it is possible that the deal may also give Nokia access to Xiaomi’s own Surge branded chipsets. A recent report suggested that the future Nokia smartphones may come with Surge S1 chipsets. However, it is not known if these devices will be exclusive to China, or will be available globally.