The flagship device is powered by an Exynos 7420 SoC, and comes with a 5.7-inch Full HD display along with a 21MP rear camera 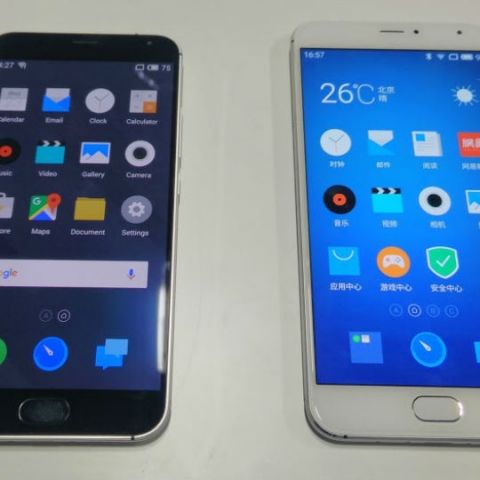 Additionally, the Meizu PRO 5 features mCharge 2.0 technology, which Meizu claims to allow the phone to give users up to 65% of battery capacity, in 30 minutes of charging. The phone also comes with mTouch 2.1, which is the company’s latest generation of fingerprint sensor. The device has a USB Type-C port. Meizu says that the the USB Type-C cable is redesigned with better materials and crafted with copper products to “improve the daily plugging-in experience.” The device comes with Android v5.0 Lollipop with Meizu’s own Flyme OS v5 layered over it.

Rumours of Meizu’s next flagship phone being powered by Samsung’s Exynos 7420 processor first appeared earlier this month. A screenshot showing the AnTuTu benchmark score of a Meizu device called NIUX with the Exynos 7420 SoC had leaked on Weibo. As per the screenshot, the device managed to get a score of 69000. However, the latest AnTuTu benchmark shows that the device is capable of a score of 75429.

Meizu’s president and co-founder, Bai Yongxiang had earlier said that 2K resolution on smartphone’s weren’t logical, and 1080p resolution was enough. The company’s VP, Li Nan, posted renders of the phone and would later confirm the name of the flagship phone.