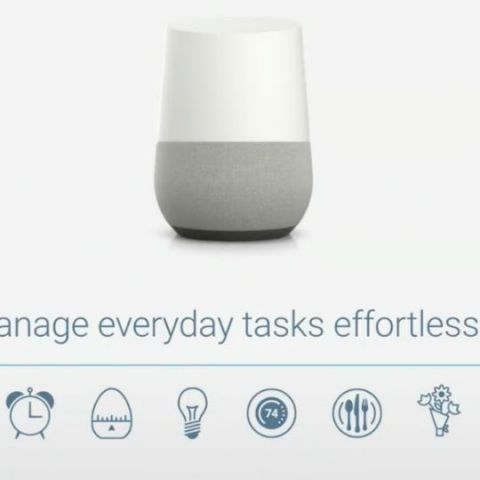 Google is rolling out a new, intuitive feature of shopping with voice commands via Google Assistant on the Google Home speaker. Announced yesterday by David Wang, Product Manager, Google Assistant and Larry Adams, Product Manager, Google Shopping, the new feature will allow you to seamlessly shop for daily essentials and more via voice commands, and all orders will be processed from the inventories of participating Google Express retailers across the United States of America.

For a completely seamless experience, owners of the Google Home speaker can access the Home app on their smartphone, add default credit card payment and delivery address to their respective accounts, and voila! There will be no additional charges or maintenance fees for users who sign up for voice-enabled shopping by April 30, 2017. Amazon's Alexa voice assistant-powered Echo speaker had already introduced a similar feature, via which owners can place orders with voice commands. One advantage for the Amazon Echo is the vast inventory of products available with Amazon across the globe. Google, in contrast, is still setting up its Google Express retail network. About 43 retail partners in USA are partnering with Google, and as a result, the scope for voice-based shopping with Google Home remains rather limited.

As of now, we are certain that Google Home itself will take a while to officially make its way to India, so introduction of enhanced services under the Google Assistant ecosystem remains far away. For those with access to Google Home in USA, the service is already available, and can be used as soon as you set up your payment and residence details.