Google Cast is being rebranded as Google Home 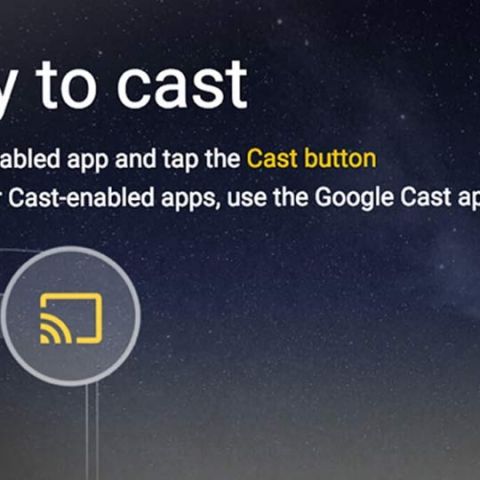 Google first introduced us to casting through the Chromecast, and it has since evolved to include devices like Chromecast Audio and the ability to cast to your home speakers and other audio devices. However, Google is now rebranding the Google Cast app to include even more features than everything it could already do. They’re calling it Google Home.

This comes after the advent of the Google Home device which was launched at the recent Google event and offers many of the same features as other Google Cast devices. So it’s a very logical rebrand in that light.

This doesn’t come as a big surprise. Chromecast’s latest firmware already refers to the app as Google Home. It’s likely that we’ll see a new interface for the app as well, which will enable to control other aspects that come with a smart home, as well as the new Google Home smart speaker which was also announced at the Google event this Tuesday.

Despite the name change, you don’t have to worry, casting isn’t going anywhere. While Google Cast is being rebranded, it’ll still make use of the same casting tech to beam information to your devices, be it the Chromecast or a home speaker. Several TVs these days are also becoming “cast-compatible.”

Considering the name change, Google is pushing the Google Home app to become a hub for the smart home. Hopefully, they’ll be incorporating other devices that aren’t cast-compatible such as smart light bulbs and other ‘smart’ home automation. It would be nice to see a Google-built app along the lines of apps like Yonomi, which already do a good job of automating smart homes and smart devices.

Don’t worry if the Google Cast app hasn’t changed on your device yet. If it hasn’t, it probably will in the next few weeks but as of right now, there’s no real difference or changes to the way the app works.