The Fitbit Ionic smartwatch is priced at Rs 22,990 whereas the Fitbit Flyer wireless headphones and the Aria 2 Wi-Fi Smart Scale will cost Rs 9,990. 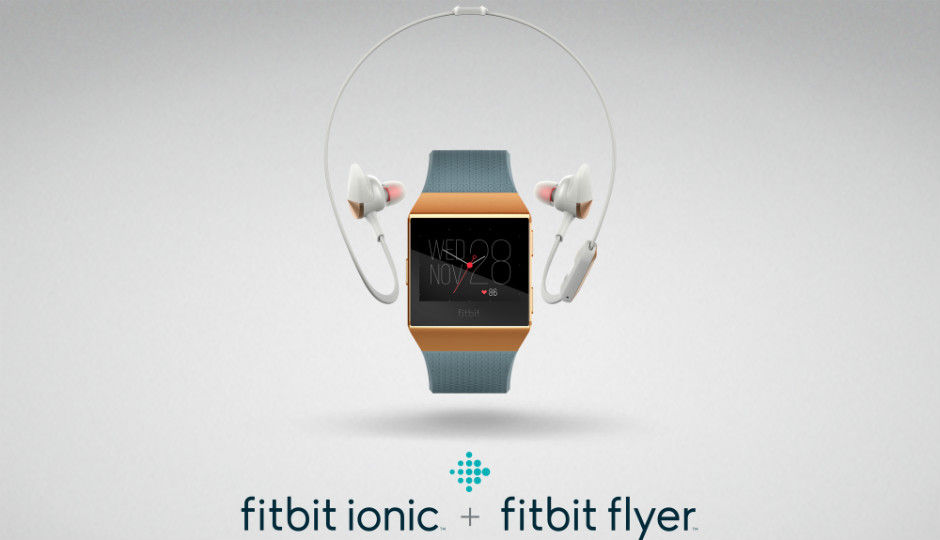 Fitbit has launched its ‘Ionic’ water resistant smartwatch, ‘Flyer’ sweatproof wireless headphones and ‘Aria 2’ smart scale in India priced at Rs 22,990, and Rs 9,990 respectively (for both Aria 2 and Flyer). The devices will be available starting February 2018 from retail chains like Reliance Digital, Croma, Helios and online partners in India.

The device comes with app support and clock faces, which are available in the Fitbit App Gallery. The smartwatch also supports automatic activity and sleep tracking, cross-platform connectivity, and the company claims that it can last up to 5 days on a single charge

Fitbit Flyer is the company’s first wireless headphones which sport a sweatproof design and support controls for music and calls. It sports dual microphones supports passive noise Isolation as well. The headphone boasts 6 hours of battery life, has quick charge support, sports multi-device connectivity, and is compatible with the Fitbit Ionic smartwatch.

Fitbit has also launched the next iteration of its smart weighing scale, the Aria 2. Akin to its predecessor, the new Wi-Fi smart scale can connect to the Fitbit app (via Bluetooth) and is capable of measuring lean mass, BMI, body fat percentage, and of course, weight. The device supports eight different user profiles while maintaining their data private and it will be available in Black and White colour options.