The Road and Transport Agency of Dubai will be using the EHang-184 passenger drone for the project. 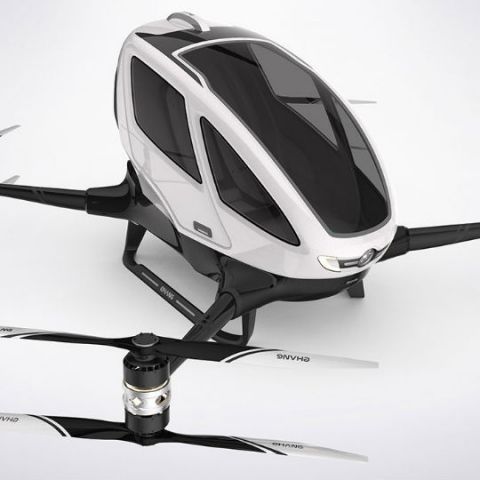 At the World Government Summit yesterday, Dubai’s Road and Transport Agency announced plans to introduce passenger drone services in the city. The transport agency will be using the Chinese EHang-184 passenger drone, a single-seater all-electric AV. According to the details shared, the drone will be autonomous and will have a carrying capacity of one passenger, weighing less than 100kg. There is a separate luggage compartment at the back, which can carry not more than a single laptop bag.

The 'taxi' service will be functional in a relatively small area, since the EHang-184 has a flight time of 25 minutes and can cover a maximum distance of just 50 kilometres. The drone has a max speed of about 100kmph, and will be controlled remotely from a ground-based control centre. All that the passenger would have to do is to enter the drone, buckle up and set the destination on the touchscreen interface given on the dashboard. According to Engadget, the EHang-184 is already up and running in Dubai around the Burj Khalifa.

The EHang-184 was first seen at CES this year. It is a small egg-shaped drone with eight 152kW motors. The entire craft is made out of reinforced composite material with carbon fibre and epoxy, as well as aerial-grade aluminum alloy. The 17kWh battery takes about four hours to charge, following which the EHang-184 can cruise at an average speed of 60kmph and reach a maximum height of 3500m above sea level.

In case you're heading out to Dubai this summer, the Ehang-184 can be one of the most unique experiences you can have. Do let us know how it feels!