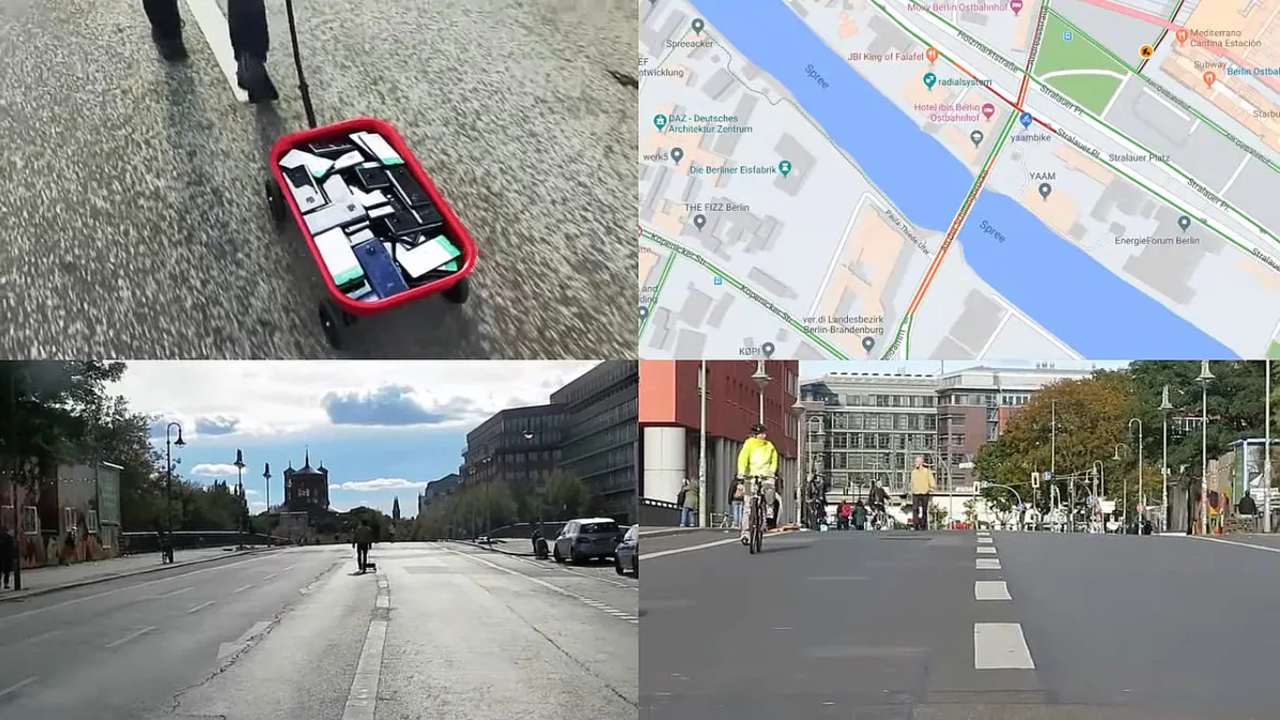 The first thing we do before heading out is to check the traffic on Google Maps. The invaluable tool offers details on traffic snarls or bottlenecks on major roads. It is used by many to plan routes. Google encourages users to do the same by running ads and campaigns. But what if we told you that this tool isn’t foolproof and it can be tampered with? A man from Berlin hilariously used 99 smartphones and a hand cart to create fake jams in the German capital.

Simon Weckert, a Berlin-based artist, published a video on his YouTube channel and his blog where he can be seen pulling 99 smartphones with the location turned on in a hand cart on city streets (including the street right outside Google's office in Berlin). The slow movement of the hand cart filled with 99 smartphones convinced Google Maps that there were a lot of vehicles using a street that was actually empty.

Google Maps uses smartphones to crowdsource traffic data the world over. The smartphones in vehicles provide information like the speed of the vehicle to Google. If the number of vehicles is high and the pace is slow, Google would show that segment of the street as red or maroon, suggesting that there is a traffic jam. The navigation system then suggests users avoid those streets, not knowing that it was Weckert pulling his hand cart.

Weckert hasn’t explained the methodology completely in his post so the whole thing could have been faked. However, Google should ideally take measures to prevent this sort of thing in the future since this could be abused by someone with the right resources.