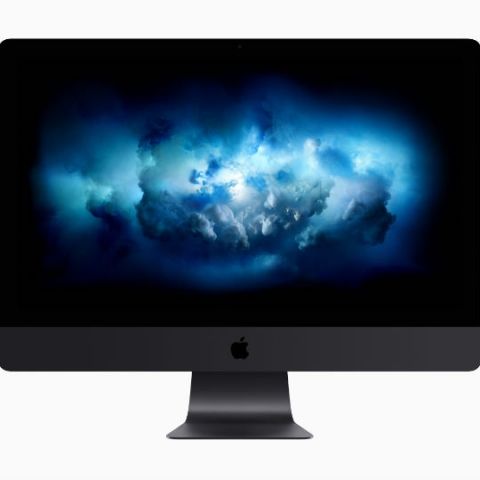 Apple iMac Pro, the most powerful Mac ever, is expected to become available next month. The desktop computer was announced at WWDC as an effort to please professional users who were disappointed with the company for not upgrading its system catering to mainstream customers. Now, ahead of its availability, new information has emerged revealing some unannounced information about the device.

According to developers Johnathan Levin and Steve Troughton-Smith, the iMac Pro will house an ARM coprocessor for handling low-power tasks like 'Hey Siri' and macOS boot and security process. The chip is believed to be an A10 Fusion chip, marking the use of Apple's A-series chipset on a Mac for the first time. Steve Troughton-Smith separately notes that Apple is including an A10 Fusion chip in order to "experiment with tighter control" of its desktop operating system.

Under the Bridge(OS) - a super quick tour for those wanting to get reversing - https://t.co/T1dlOUvKvo

The details about the use of an ARM coprocessor was found via the BridgeOS 2.0 software package from Apple and it explains that the A10 Fusion chip will enable always-on 'Hey Siri' function on macOS for the first time. Smith adds that Apple's custom chipset runs on the new iMac Pro even when it is completely shut down. Apple brought Siri, its digital assistant to the Mac with the launch of MacBook Pro last year.

The A10 Fusion is a more powerful chipset taking care of core functionalities like booting up macOS and passing on an EFI firmware for Intel's processor to load. Apple's new A11 Bionic chipset powering iPhone 8, iPhone 8 Plus and iPhone X have already defeated some Intel processors in single-core performance on GeekBench and with A10 Fusion landing on iMac Pro, Apple seems to be serious about testing its A-series processor for Mac. It remains to be seen how A10 Fusion works on iMac Pro but it is evident that Apple wants to bring even more control to its platforms.