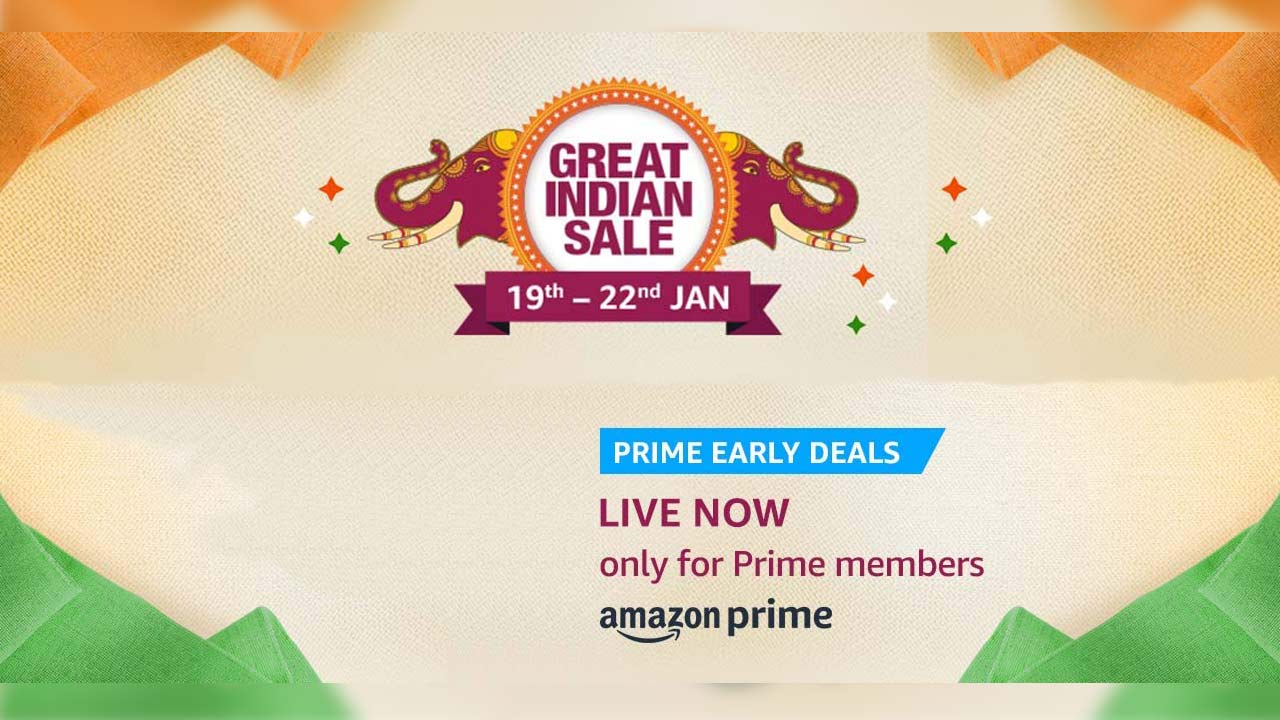 Amazon has announced its Great Indian Sale once again and before opening the deals up to the regular public, the company is giving early deals exclusively to its Amazon Prime subscribers. While the sale will officially begin on January 19 and go on till January 22, Amazon Prime members can find deals on a plethora of products right now. We’ve scanned through the deals and found some great ones across various categories such as smartphones, noise cancelling headphones, gaming devices, TVs and even gaming laptops. If you were ever contemplating buying a new gadget, but were deterred by the price, this might be a good time to reconsider. Here are some of the best deals we’ve found for your consideration.

The Asus TUF Gaming FX505DT runs on a Ryzen 5 3550H processor paired with 8GB of DDR4 memory (upgradeable to 32GB). The Nvidia GTX 1650 with 4GB RAM takes care of any gaming needs you may have, which is great when you consider that the laptop also comes with a 120Hz refresh rate display. Ensuring minimal bottlenecks, you also get a 256GB NVMe paired with a 1TB hard disk to give you both speed and space. You can buy the laptop here.

The Acer Nitro 5 comes packing an 8th generation Intel Core i5-8300H processor with 8GB of RAM. For gamers, there’s an Nvidia GTX 1050Ti onboard alongside a 256GB SSD and 1TB hard drive. The Acer Nitro 5 also features a red backlit keyboard which offers a good experience while gaming and typing. The Acer offers a fullHD IPS display which might appeal to beginner content creators, but the refresh rate is limited to 60Hz. You can buy the Acer Nitro 5 here.

The Sony WH-1000XM3 are arguably one of the best headphones to feature active noise cancellation. They boast of a 30hour battery life and a host of software features not offered by its competitors such as a built-in equalizer which can be tweaked by users. The headphones feature touch-senstive controls which allow you to control all aspects of playback, including the volume. Originally launched for a price of Rs 29,990, the 1000XM3 are heavily discounted during the Prime-Exclusive period of the Great Indian sale. You can buy the Sony WH-1000XM3 here.

A name that hasn’t been around for some time, Onida once ruled the TV space in India. The company has revived its TV business with a new lineup of devices, and they’re starting with TVs that are not just budget-friendly but also pack intriguing features. This 32-inch TV from Onida sports a resolution of 1366x768, but comes with the Amazon Fire TV Stick built in. What this means is that you’d be able to enjoy all the featured offered by Amazon’s FireTV stick, without having to buy it. When you factor in the fact that a standalone FireTV Stick costs anything between Rs 3,000-4,000, this Onida TV becomes a steal of a deal. Buy the Onida 32 inches HD Ready IPS LED TV here.

For all those who love Nintendo games but always found it difficult to justify the Nintendo Switch’s asking price, there’s the Nintendo Switch Lite. It features a smaller 5.5-inch display with the same 720 resolution and a battery life that can last anywhere between 3-7 hours depending on usage. Additionally, unlike the regular Switch, the Switch Lite as its buttons permanently attached to the body, but it is still far more portable than the full-sized Switch. The Nintendo Switch Lite is currently under a modest discount on Amazon and can be bought from here.