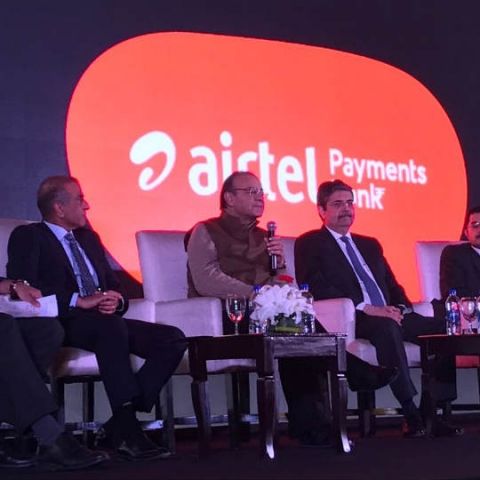 Airtel Payments Bank will also eliminate paperwork for opening accounts by using Aadhaar card and biometric authentication for sign up process. Since it's a digital banking platform, the phone number becomes the account number of the user. The Airtel Payments Bank will not charge a processing fee from its customers or merchant partners for digital transactions. The service will encourage more users to adopt cashless transactions. Airtel has clarified that there will be no charges for cash withdrawals either, at least for now. Also, the Rs. 4500 cap on ATM withdrawals, which is active right now, will not apply to Airtel's Payments Bank. The monthly withdrawal limit will be the same as specified by RBI, though.

Airtel says its retail stores across the country will serve as banking points. The company added that the service starts today with over 6 lakh banking points, where users can open savings accounts, deposit or withdraw cash.

"We are products of competition. We are taking a big leap. We have a few months with us before others get their feet in the space," said Sunil Mittal. He added, "Airtel money, the mobile wallet will remain and be different from savings account. Customers have an option to upgrade from Airtel money to bank."

Airtel has also updated its My Airtel app with Payments Bank option for Android and iOS. The app will serve as digital passbook and payments bank will offer a virtual card, powered by Mastercard. The card can be used to make payments across all online merchants using Mastercard.

Airtel Payments Bank will offer interest rates of 7.25 percent per annum, on deposits in savings account. Airtel will give talktime of one minute for deposit of every rupee at the time of opening a savings account. However, "Interest rates can go down in the future," said Mittal. "Think of this as a Welcome Offer," he added.

Every savings account with Airtel Payments Bank offers free personal accidental insurance of 1 lakh rupees. The service can also be accessed via IVR and USSD for non-smartphone users.