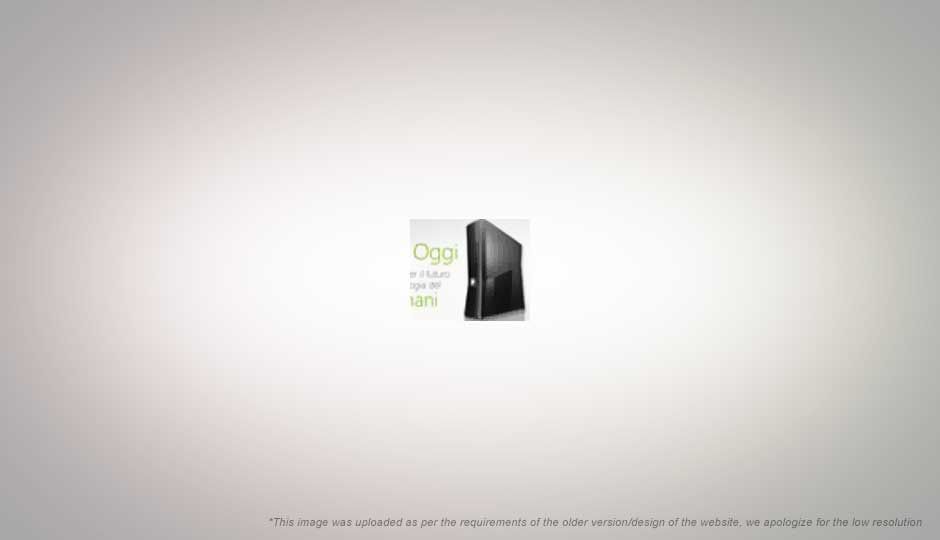 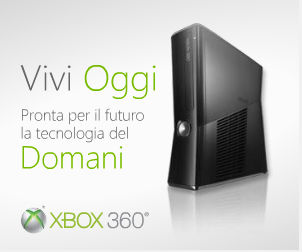 This might be the slimmed down version of the Xbox 360 console. Leaked via an AD running on an Italian web site

When it rains, it pours, more so when leaks are concerned at this year's E3 2010 celebrations. Within an hour of each other two leaks seem to point out to two key facets of Microsoft's E3 lineup. The first leak, via an AD banner running on an Italian website shows what is presumably the Xbox 360 slimmed down, aka the slim version of the console. The banner also talks about 'compatibility with KINECT'. What is KINECT, you ask? At first, it was assumed to be the motion-only, webcam-cum-IR-cum-mic-array controller called Natal. This assumption though now looks more true since some trademark filings have been leaked which also point to KINECT as Natal renamed.

The name was finally confirmed through a USA Today article - Natal is Kinect, and the Wii Sports of Natal would be called Kinect Sports, with a Nintendogs-like game which will let you play with 20 different cats, called Kinectimals. Here's a run down of the games expected:

- Kinectimals lets you train and play with 20 different virtual cats, including a lion, cheetah and tiger.

- Joyride, a racing game, lets players use their hands to hold an imaginary steering wheel — pull your hands toward you and push back out for an acceleration boost — and their bodies to execute jumps and tricks.

- Kinect Sports has six activities including boxing, bowling, beach volleyball, track and field, soccer and table tennis. To serve a volleyball, you mimic the real motion; in soccer, you can kick the ball or do a header.

- Kinect Adventures includes a river-raft time trial and obstacle course, playable by up to four players. On the raft, playing as a duo, you and a partner must lean one way or another to steer. Jumping helps the raft reach special areas for extra points.

- Dance Central, in development by MTV Games, brings a So You Think You Can Dance experience home.

- Star Wars characters and iconic Disney favorites will be featured in separate new games being developed at Microsoft in conjunction with LucasArts and Disney.

The logo for Microsoft Kinect - the motion-sensing camera, which requires no controller, for the Xbox 360 console. Code-named Natal

Pricing and release details are still unknown, although speculation has placed the Natal price anywhere between $60 to $150. The next few days are going to be very entertaining to say the least. Who need the World Cup, eh? Just kidding, soccer E3 ftw. Thanks and eprops to NeoGAF users keiji, thirty, and gofreak for these leaks.