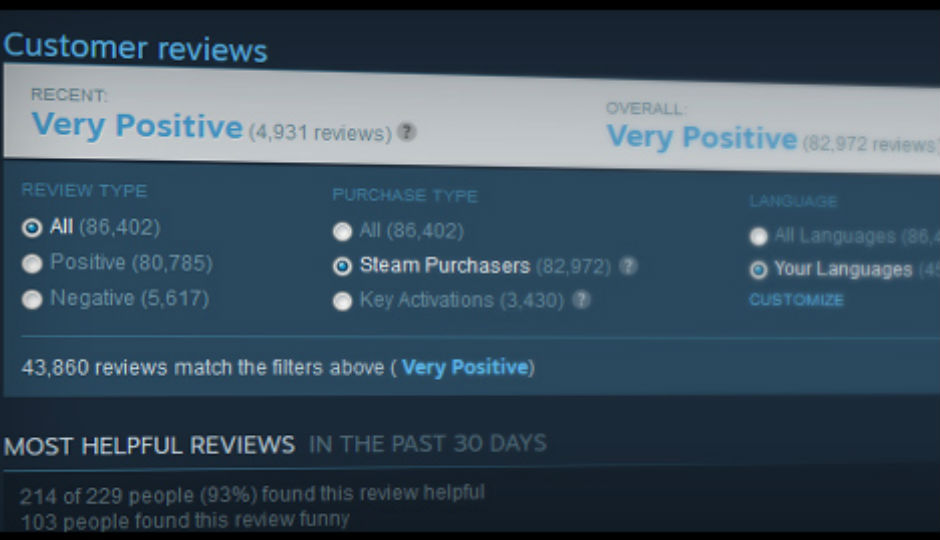 Valve will be changing the way Steam reviews of games work in an attempt to prevent developers from artificially inflating a game’s review score. On its website, the company said that developers were giving out Steam keys to their game, which were then used to generate positive reviews. In an effort to combat this, the recent and overall review scores on the top of a page will no longer take into account reviews written by customers for games activated through a Steam product key. Customers who purchased a game from a source outside of Steam via a giveaway or digital purchase, will still be able to write a review, but it will no longer contribute to the overall score.

“We know this review score has become a valuable shortcut for customers to gauge how well the game is matching customer expectations. But the review score has also become a point of fixation for many developers, to the point where some developers are willing to employ deceptive tactics to generate a more positive review score,” the company said.

Valve says that it found at least 160 titles that had a substantially greater percentage of users who had activated the product via a key as compared to those who purchased the game on Steam. It also noted that there could be legitimate reasons for this such as audiences off Steam, or Kickstarter backers, but in many cases, “the abuse is clear and obvious.” As a result, the company says that the the review score category shown for about 14% of games will change.