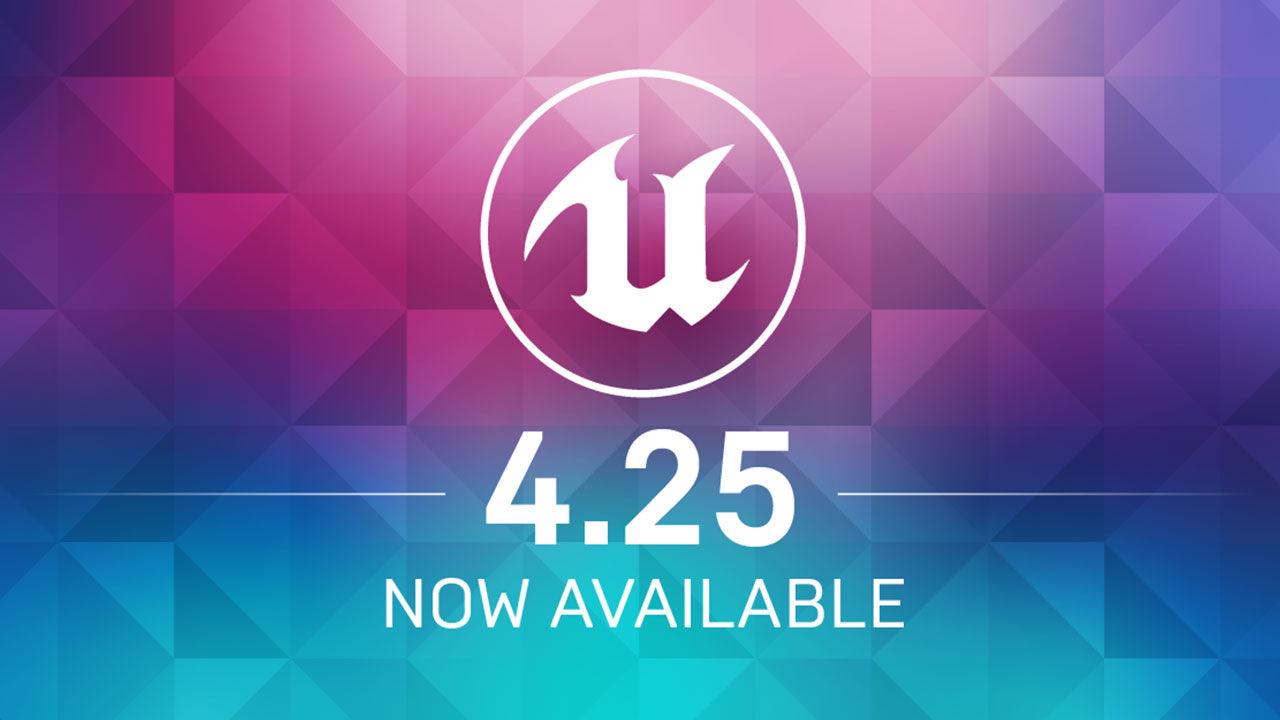 Key features in Unreal Engine 4.25 include:

Next-Gen Console Platform Support:
Unreal Engine 4.25 delivers initial support for Sony’s PlayStation 5 and Microsoft's Xbox Series X as first-class platforms, and throughout the year we will be updating the 4.25-Plus branch with optimizations, fixes, and certification requirements to support developers launching on the next generation of consoles. Features include platform-specific functionality, such as new audio advancements, initial support for online subsystems, and early support for TRC and XR certification requirements.

Niagara VFX Now Production-Ready:
Battle-tested on Fortnite, Unreal Engine’s Niagara visual effects system is now production-ready. In UE 4.25, Niagara comes with a polished new UI, significant performance and stability improvements, and an array of new features including an audio waveform data interface, particle-to-particle communication, and spatial hashing. Niagara lets users create complex, large-scale particle effects, such as flocking and chains, and have those particles react to music or other audio sources, all in real time.

Ray Tracing Features Now Production-Ready:
Unreal Engine’s ray tracing features are production-ready in the 4.25 release, along with several additions and improvements including: added support for Niagara Mesh Emitters on both CPU and GPU, added support for the new Anisotropy shading model, significant improvements to the Clear Coat shading model when used in conjunction with ray tracing features, and added Clear Coat BRDF material support to the Path Tracer when generating ground truth comparisons.

High-Quality Media Output:
UE 4.25 adds a new pipeline that supports high-quality rendering of movies and stills with accumulated anti-aliasing and motion blur, as well as tiled rendering for extremely high-resolution output. This lets creators efficiently produce high-quality media for use in cinematics, marketing materials, linear entertainment, and very high-resolution images intended for print, all directly from Unreal Engine without post-processing. Multiple render jobs may be queued and rendered without user intervention.