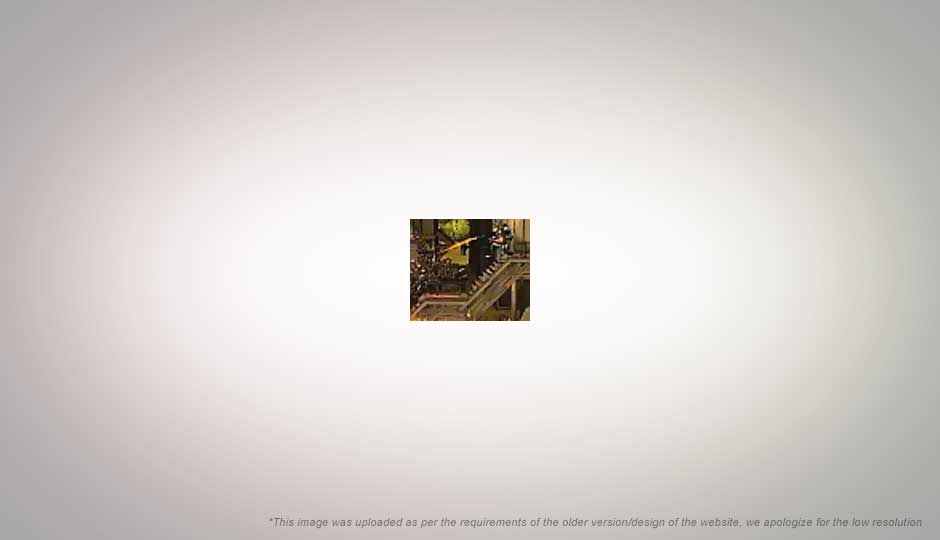 Ubisoft has announced it will be handling the publishing responsibilities for the downloadable, Shoot Many Robots, a side scrolling shooter developed by Demiurge Studio - best known for its Mass Effect PC port. Scheduled to be released across PS3, Xbox 360, and PC platforms in 2012, Shoot Many Robots is a cartoon-take on automata destruction, evinced neatly by the preview video below.

In the recent past, Ubisoft’s many botched attempts at effective DRM have troubled the PC user, and many industry experts fear the worst for Shoot Many Robots. Demiurge Studio, however, is insistent the PC port will be up to the mark, telling Ars Technica “We'll do it right, or we won't do it.”

Ubisoft calls the game "a four-player co-op run-n-gun side-scrolling RPG shooter filled with tons of weapon and item customization." From what we’ve seen, the game might have a chance at some cult status, if the team couples an effective leaderboard with their Survival mode, co-op styles.