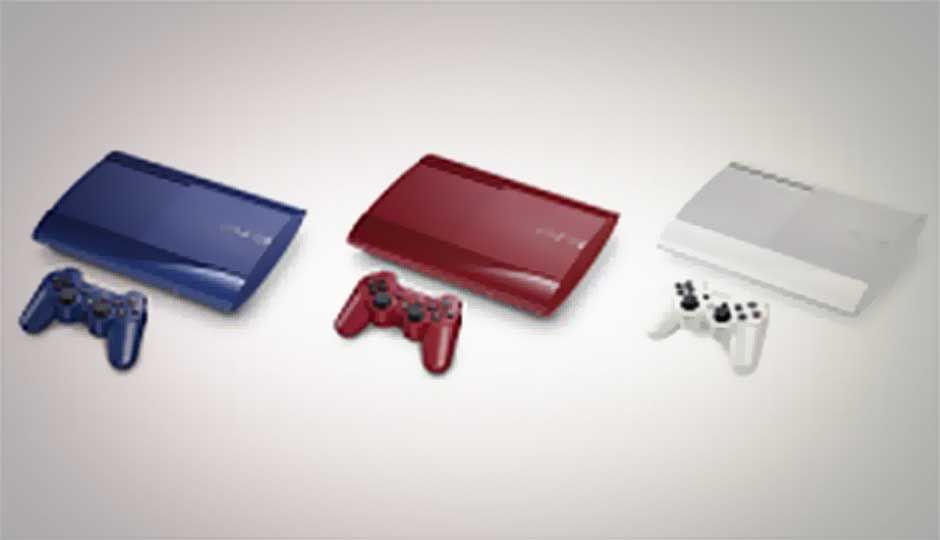 The PlayStation 3 just got more dandy as Sony has released three different colour variants of their ageing gaming console.

Sony’s PlayStation 3 (PS3), one of the few popular gaming consoles in the market, has just released in three new colours.

After being available in “Charcoal Black” since its launch, the 500 GB console will now be available in “Classic White”, “Garnet Red” and “Azurite Blue” colours.

All the three colour variants are based on the slim PS3 model which was released some time back. They have a curved body and smooth edges along with a sliding disk cover at the top. The top sliding cover has nice horizontal texture lines to it and the sides of the console are smooth and glossy.

The best part about the slim version is that it allows users to place the console unit anywhere they may want to place it in their homes without running into too much trouble with space.

These new coloured models can be purchased from retail stores at Rs. 23,490 which Sony claims is a special price for the summer holiday season. However, Sony is also quoted saying that this new and slim PS3 model is not compatible with PlayStation 2 games.

But we think that, as the crop of next generation consoles, that is the PlayStation 4 from Sony (controller, eyecam and details revealed recently) and the Xbox 720 (name not confirmed) from Microsoft are about to be revealed soon, it doesn’t make much sense to go out and buy the older consoles considering they have been in the market for so many years now. Be advised that the PS4 as well as the Xbox 720 won’t come cheap and are sure to cost a bomb, at least when they launch later this year.