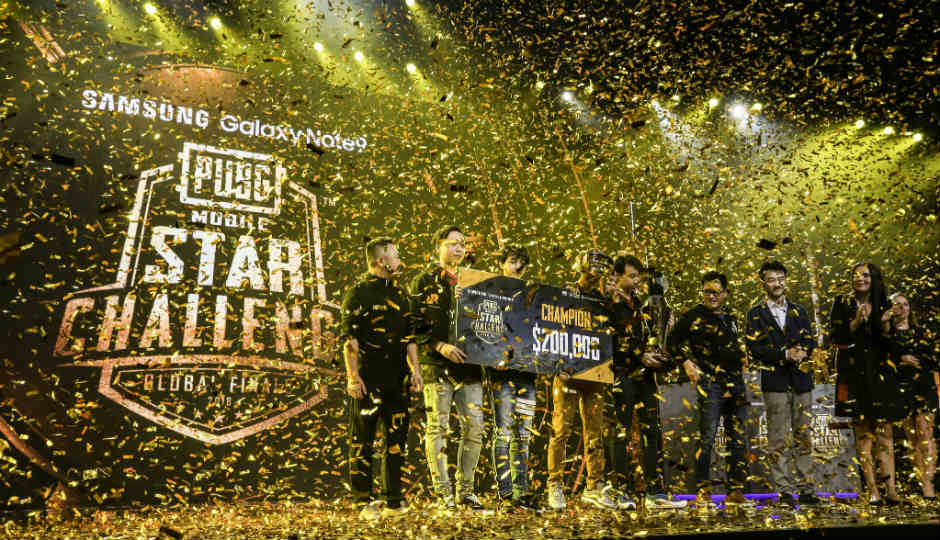 The PUBG Mobile Star Global Challenge has ended and after the dust settled, the RRQ Athena team from Thailand emerged victorious. As winners of the tournament, the team won $200,000, which is approximately Rs 1,40,13,000. The Comfortable Penguin Team from China placed second and won $100,000 (approx Rs 70,06,500). To recall, the event took place from November 29 to December 1, at the Festival Arena in Dubai. The event allows players to participate in squads of four and battle it out for a total prize pool of $600,000 (approx Rs 4,20,39,000).

The event wasn’t open to all however, and was limited to players who have a fan following of at least 1,000 people on platforms such as YouTube Gaming, Twitch, Facebook Live, Smashcast TV, Mixer, Cube TV, Nimo TV, etc. There are no such requirements for the remaining three players. However, there can be no substitutes and rosters could not be changed mid-way through the tournament.

At the closing of the event, PUBG Mobile also teased a crossover with Resident Evil 2.

PUBG Mobile is already a pretty popular game to say the least and such lavish prize money being awarded to players is definitely going to attract more players to the game. If you want to take your PUBG Mobile game to the next level, you might want to take a look at this list, which ranks the damaging weapons in the game. If you are a complete beginner in the game (or just can’t get to grips with the basics) you might want to check out our beginners guide. Our driving tips might also give you a leg up when you are on the road in PUBG Mobile. Who knows, you and your team might just end up representing India in next year’s edition of the tournament.