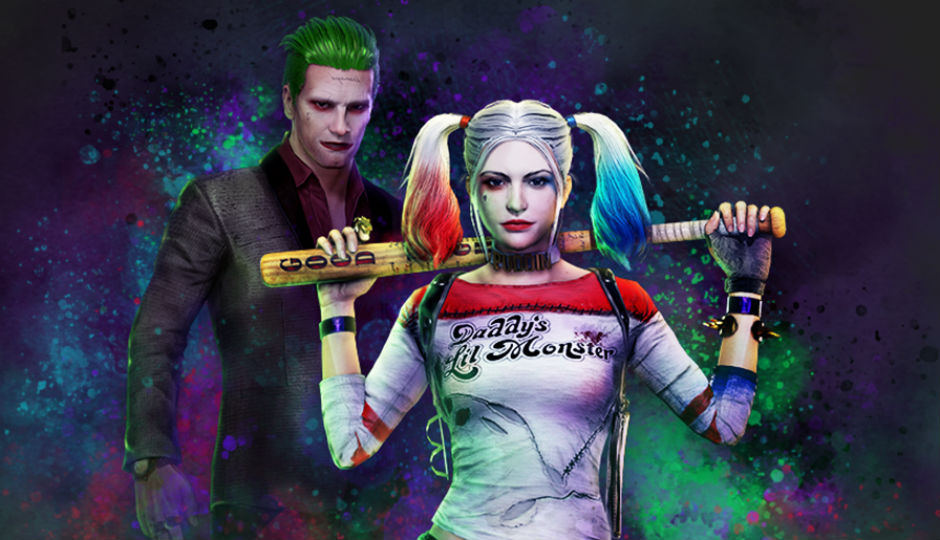 If you are looking to customise your character in PUBG, then you may want to check out the Joker and Harley Quinn skins that are now available. The skins aren’t cheap, priced at $24.99 (Rs 1800 approx. directly converted) for the Harley Quinn pack and $19.99 (Rs 1450 approx. directly converted) for the Joker pack. The skins will be available starting February 7 1:30PM IST and the sale will end on March 7 at 1:29PM. The official PUBG website reads, “Put a smile on your face and rev up your Harley, because officially licensed skins from DC Comics have just dropped into PUBG! For a limited time, you can pick up the costumes worn by The Joker and Harley Quinn in DC Comics’ feature film Suicide Squad! Each bundle includes new hair and makeup options as well to complete the look of these two iconic characters.”

The same skin was available for the PC and Xbox One version of PUBG till the end of January 2019. PUBG first launched for the PC, then the XBox One and Mobile before hitting the PS4. Despite being available for all the gaming platforms, the game is most popular in India on smartphones. That is of course because the game is free for smartphones and you don't need to invest in specific hardware to run the game. Also, the game runs on almost all popular smartphones available in the country.

Up till now, PUBG and Fortinte were the two favourite Battle Royale games available in the market, with games like Call of Duty: Black Ops 4 and Battlefield V mimicking the Battle Royale mode in the multiplayer of the respective games. However, EA has launched a free to play Battle Royale game called Apex Legends. The game is available for the PC, PS4 and Xbox One with no information on a mobile version of the game. The game is set in the Titanfall universe and anyone who has played Titanfall will feel right at home in the game. This is also because the developers of Titanfall are the ones behind Apex: Legends - Respawn Entertainment.

Apex Legends already has more than 10 million players and how well the game will succeed in India is something only time will tell, especially since it isn’t available on the country’s favourite gaming platform - the smartphone.