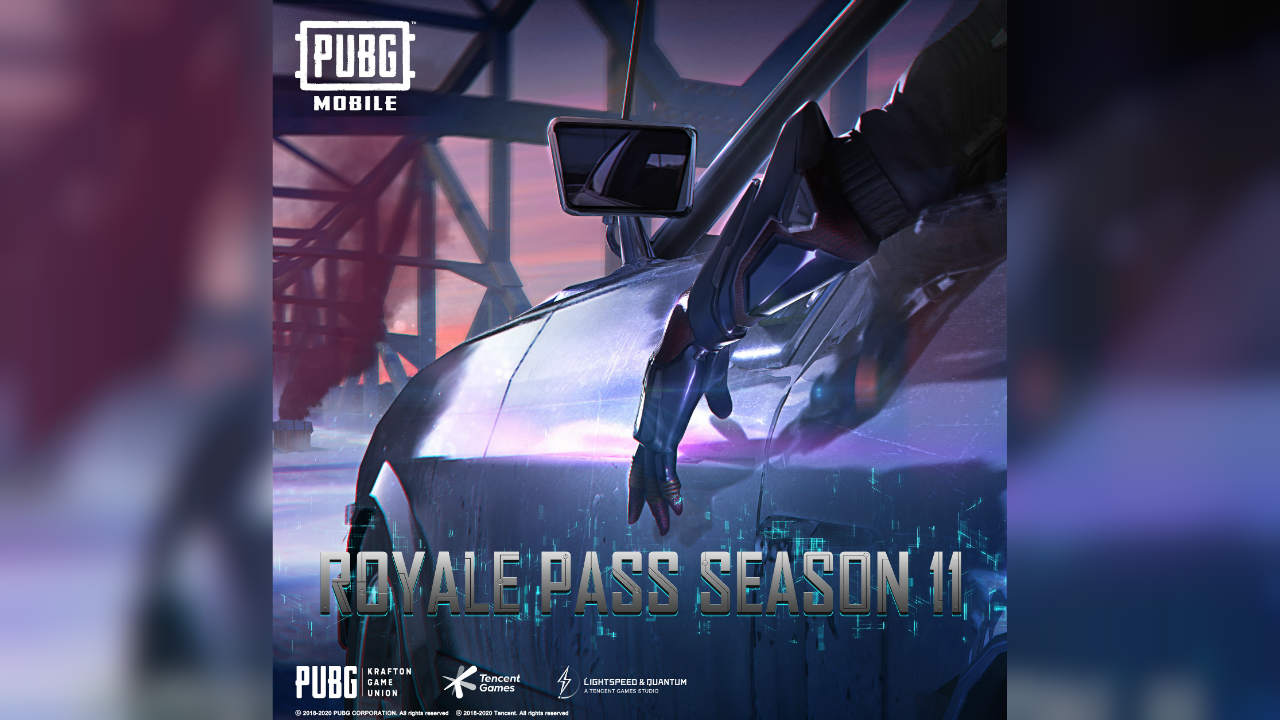 The season looks like it'll have a more futuristic theme

The guys behind PUBG Mobile have started to tease the next big update, namely the Season 11 update. The teaser suggests that the next update will have a futuristic theme, maybe a cyberpunk-like take, that seems to be very popular these days. As the latest rumors suggest, the new season should launch on January 10.

The Season 11 update was leaked a few days ago by notable YouTube, Mr Ghost Gaming. The update will be a part of the version 0.16.0 update for the game. As per the videos, the season rewards will include new outfits, avatar frames, skins, emotes and more. The videos suggest that the new Royale Pass rewards will include skins for the M416, Pan, the Level 3 helmet and more. The AWM and the DP also get upgradable skins. There are also new emotes that a user can have.

Royals Pass Season 10 is coming to an end, which can only mean it’s time to get ready for Season 11! Step into the future with Operation Tomorrow! pic.twitter.com/Y1VHr86OTn

With a new season comes a new Royale Pass. As per Mr Ghost Gaming, the Elite Upgrade Plus version of the Royale Pass will get the Ice Sculpture snowmobile skin, the Unsleeping City Grenade skin, and Roaring Magma Avatar frame. This version of the Elite pass is tipped to cost Rs 2,100. There is also a standard version of the Elite Pass is priced at Rs 850 and while it does not feature these skins, it does offer Elite Missions and up to 100 rewards.

It is not yet known when Season 11 update will be available to users. However, it should launch sooner rather than later. Season 10 of PUBG Mobile was released back in November and the developer, Tencent Games, tends to launch new seasons after about two months.