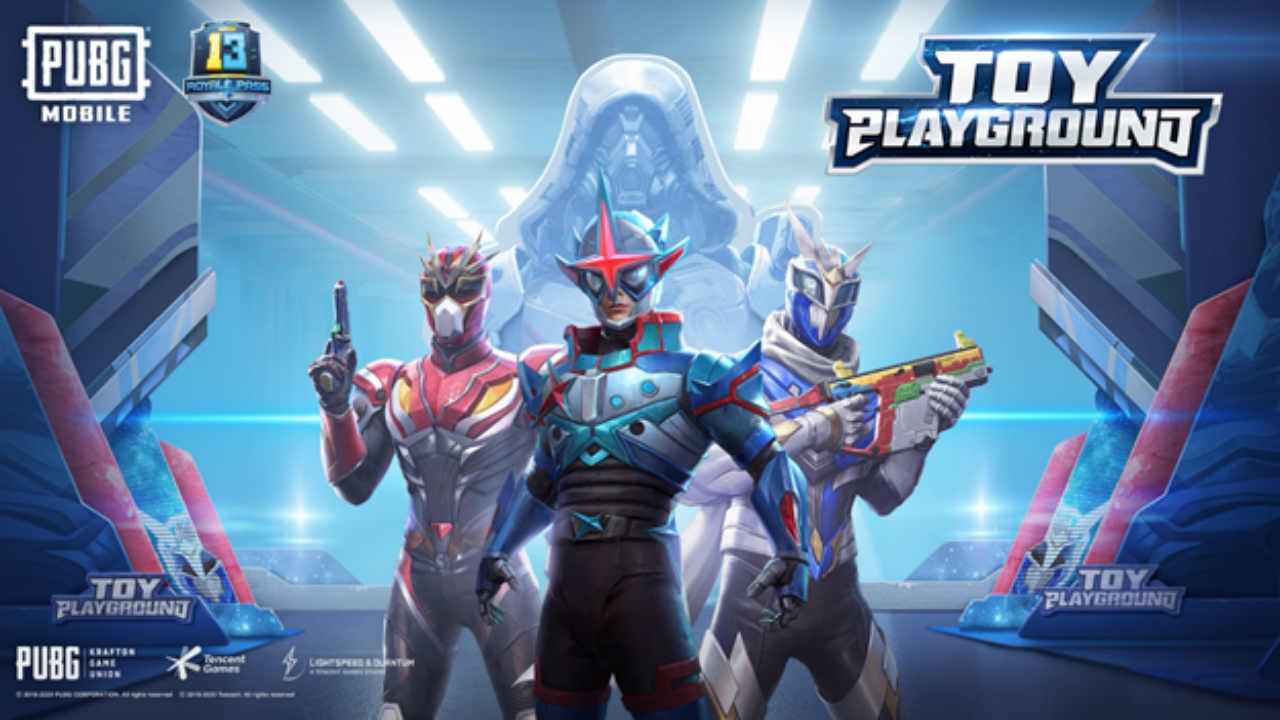 PUBG Mobile Royale Pass Season 13 available from May 13: Here's what you get

While PUBG Mobile did roll out the v0.18.0 last week, the Season 13 Royale Pass was not. However, players who have been waiting for the pass won’t have to do so for much longer as it will be available from May 13 onwards. This season has the theme of ‘Toy Playground’ and is designed to evoke nostalgia.

In Season 13 of PUBG Mobile’s Royale Pass, the ‘Carton Rangers’ will open for players to join the ‘toy squad’. Once they reach Rank 50, they get to choose between Ice Ranger or Fire Ranger. If they reach Rank 100, they will get the Ultra Defender set. All of these sets are based on the popular Mighty Morphin Power Rangers. Players will also get to complete in-game challenges to unlock a myriad of special and rare items.

Other new features of the Royale Pass Season 13 include the Puppet Agent outfit that features three separate forms. These can then be mixed and matched. Further, players who reach the highest rank can then upgrade the outfit to Mythic rarity. There is also a new challenge series wherein players can unlock upgrades to their outfits by completing the Toy Mastery and Puppet Agent series special missions. On top of this, all RP mission reminders at the on the result page have been improved for players to see their mission progress easier. Further, developers have also added reminders at the beginning and the end of the season.

PUBG Mobile v0.18.0 has introduced a bunch of new updates and features. This includes a new version of the Miramar map, few new weapons like the Win94 with a built-in scope and the p90 SMG. There are also new game modes like Jungle Adventure Guide and Bluehole Mode. You can learn more here.