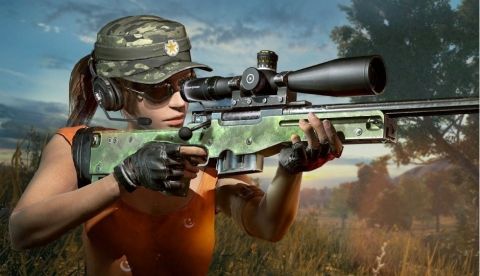 PUBG Mobile is reportedly implementing an in-game lock for players who are glued to the game for too long.

The mobile version of the online multiplayer battle royale game, Player Unknown’s Battlegrounds, is facing a tough time in India. The game has been blamed by multiple Indian authorities for being too addictive in nature and has also been banned from multiple Gujarat districts. In response to ban demands of the title in India, the game developers promised of providing a ‘healthy and balanced’ gaming environment. It seems like they have come up with a new way to dissuade gamers from being glued to the game for long hours. First spotted by SportsKeeda, some users have reported that they have been locked out of PUBG Mobile by a new Health Reminder.

We looked into this and found that several PUBG Mobile players from India have tweeted of being locked out of the game by an in-game health warning. These tweets popped up recently on Twitter, during the Holi holidays. This new warning seems to be popping up when one has been playing the game for a long time, effectively locking a user out of the title. The screenshots suggest that playing the game for “too long” or for six hours results in the game being locked with a message that reads, “You’ve played the game for 6 hours today,” and to come back next day to play the game.

Please help me pubg mobile and fix it I am 23 year old please pic.twitter.com/k2lcCBez9F

However, some players who uploaded the screenshots claim that they were locked out of the game “within six minutes” or “2 minutes” of entering the game. Since the game developers have not released an official statement on the in-game lock, there’s no info on how exactly does it works. Other screenshots suggest that some players received notification to take a break after playing the game for two hours and for as short as 15 minutes. It seems like this feature is either in testing or is being slowly rolled out. Whatever be the case, it remains to be seen whether this new feature will lessen the outcry for banning the game in India.

Same thing happened with me as well! Opened it after like 50 odd hours and 2 minutes into the menu this popped up. @PUBGMOBILE pic.twitter.com/Corapnp1Bn