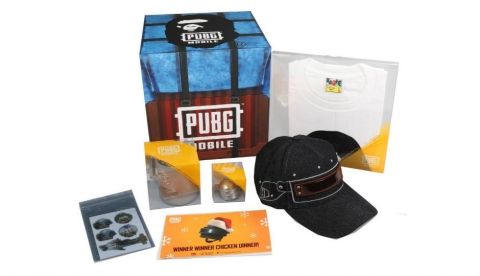 All users have to do is tweet back to PUBG Mobile, explaining if they prefer stealth or offensive play and use the appropriate hashtags

PUBG Mobile is giving 5 lucky fans a chance to win an actual PUBG airdrop crate. The contest is open to everyone and it’s pretty straight forward. All users have to do to qualify for the contest is tweet back to PUBG Mobile and root for a particular style of gameplay, either stealth or offence, and explain why they prefer such a style of gameplay over the other. If you prefer stealth, use the tag #pubgmobileteamshadow, and if you prefer offence, use the tag #pubgmobileteamforce. Winners will be selected on January 18, so get cracking.

The image posted alongside the tweet gives us a glimpse as to what one can expect inside the PUBG airdrop crate. It seems to include a stickers, a coffee mug, a keychain, a baseball cap, a t-shirt and what appears to be a card, which might include a redeemable code. Not to mention that fact that the box itself looks pretty cool as well, and should make for a nice show piece.

In related news, the long teased zombie mode might finally make its way to PUBG Mobile sooner rather than later. On PUBG Mobile Beta v0.10.5, players can see zombies in the waiting area of Erangel. The zombies are currently fenced off, and cannot be interacted with. Tencent did announce a partnership with Capcom for Resident Evil 2, but both companies have been quiet on what exactly the partnership entails. However, judging by the signs, it looks like the next PubG Mobile update will introduce a special map where you can kill zombies. Considering the fact that Resident Evil 2 is set to release on January 25, it's possible that the update will arrive just before that.

We are giving away 5 physical #pubgmobile air drops to five lucky winners. Qualify using #pubgmobileteamshadow to root for "survival & stealth at all cost" or #pubgmobileteamforce if you believe that "offense is the best defense". Winners will be selected on Jan 18th. GLHF! pic.twitter.com/QXpCW6pbAo