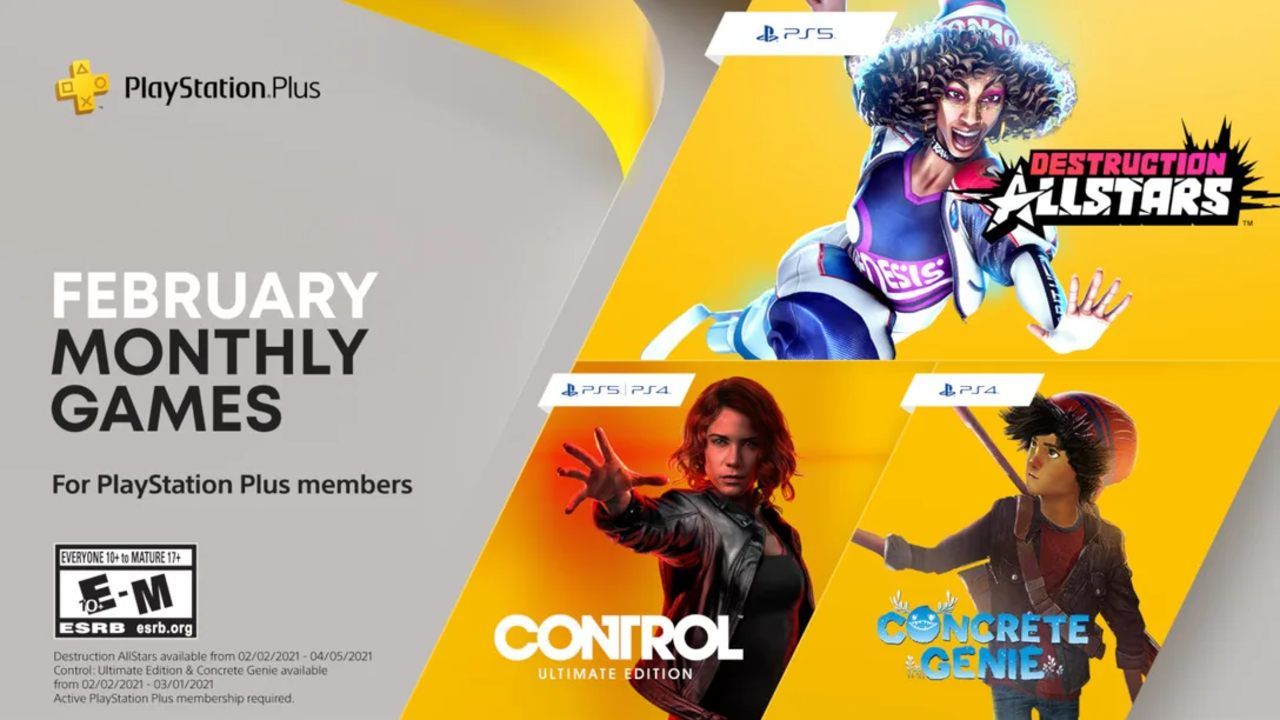 The PS5 has officially launched in India and gamers have one more reason to be excited about Sony's next-gen console. If you are PlayStation Plus subscriber, then you know that the service offers two PS4 games and one PS5 game as a part of the subscription. For February 2021, the free games include Destruction AllStars, Control: Ultimate Edition and Concrete Genie. This has to be one of the better line-ups of games as a part of PlayStation's subscription service.

Destruction AllStars was set to be a PS5 (review) launch game, but it was delayed to February 2021. Destruction AllStars is a vehicular combat game much like a destruction derby. Players having the option of a host of drivers and cars to choose from. The game will offer four different modes, each testing your thriving and parkour skills. You will not only drive vehicles in the game but can also run around the arena (which is an integral part of some modes). You can check out the video above to get an idea of what the gameplay is like. The video also offers a deep dive into some of the game's modes. Destruction AllStars is exclusive to the PS5

Last but not least, we have Concrete Genie. While it is a PS4 game, you will be able to play it on your PS5 via backwards compatibility. If you have a PS VR, the game has specific modes for Sony's VR headset as well. You can check out our list of games launching in February here.