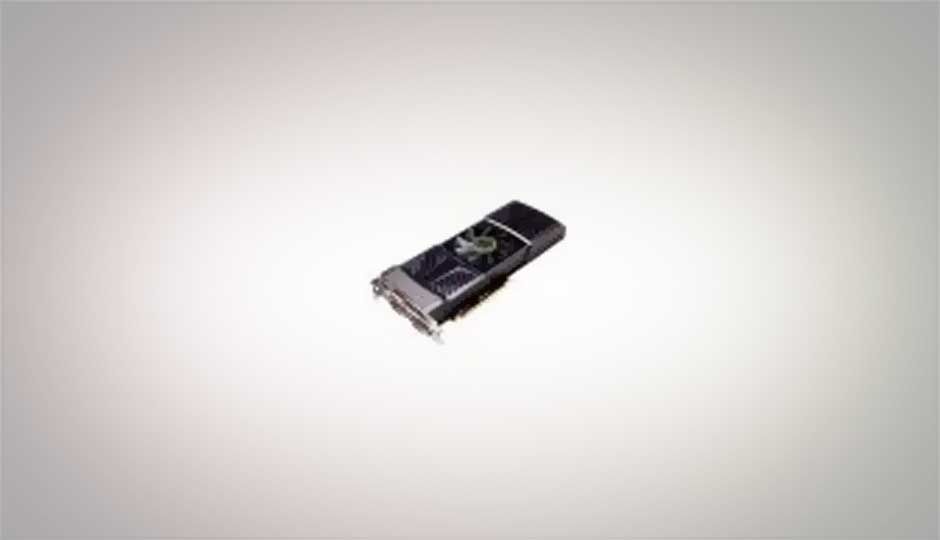 Nvidia releases the GeForce GTX 590 - the fight for the fastest graphics card is on!

Just a couple of weeks after AMD released the fastest graphics card in the world – the dual-GPU single-card Radeon HD 6990 – Nvidia has released the GeForce GTX 590, its own contender for the crown. It’s priced at the exact same $699 price point.

Just a couple of weeks after AMD released the fastest graphics card in the world – the dual-GPU single-card Radeon HD 6990 – Nvidia has released the GeForce GTX 590, its own contender for the crown. It’s priced at the exact same $699 price point.

The GTX 590 is the first dual-GPU card from Nvidia since it released the GTX 295 in 2009. It combines two GF110 GPU cores, with twice the 512 CUDA processing cores, 64 texture units, 48 ROP units, and 16 tessellation engines of the top-of-the-line single-GPU, the GTX 580. Nvidia has also used twice the video memory, with 1.5GB for each GPU core across two 384-bit interfaces. As seen in some benchmarks however, this seems to be of the distinctive disadvantages faced by the GTX 590 compared to the HD 6990’s 4GB of video memory, especially at high-resolutions and multi-monitor setups.

So while the card just released, the results however, are already in, and even though AMD Radeon HD 6990 delivers an average of 1% better performance across tests, the Nvidia GeForce GTX 590 is quieter and cooler, if not as power-efficient with an official TDP of 365W. As Anandtech's Ryan Smith puts it, if the GTX 590 can “dissipate 350W of heat while at the same time making 5-7dB less noise, then it starts to become clear that AMD’s design has a serious weakness.”

The GTX 590's cooling design is very similar to the GTX 580, with a metal baseplate acting like the passive heatsink for the VRMs and GDDR5 memory modules. The GPU cores use the same vapor chamber based aluminum heatsinks as well as, and, Nvidia went in for a high-thermal compound instead of AMD’s decision to use an exotic phase change thermal compound. Nvidia also used an 80mm fan instead of AMD’s choice of blower, which while similar for all practical purposes, differ in their airflow and noise. While AMD’s airflow might be better for overall cabinet cooling, it is very loud.

The GTX 590 has a centrally located fan just like the HD 6990, and has three DVI ports and one Mini DisplayPort, ideal for multi-monitor Nvidia Surround setups.

[RELATED_ARTICLE]On the whole, and like with the AMD Radeon HD 6990, the GTX 590 serves a niche market, providing performance comparable with a GTX 570 SLI setup, for much the same price. Not a lot justifies the choice of a dual-GPU single card purchase, and the GTX 560 Ti will provide nearly the same performance with lower noise, temperature and power consumption, apart from a savings of $200. It all comes down to how you want to use it – do you have the space, PSU, motherboard to handle an SLI or a dual-GPU single card setup? Do you prefer shader-intensive games, where the HD 6990 performs better, or extreme tessellation games, where the GTX 590 waltzes ahead? Importantly, the GTX 590 measures approximately 11-inches in length, an inch shorter than the HD 6990.

Check out the official video introduction of the card from Nvidia: