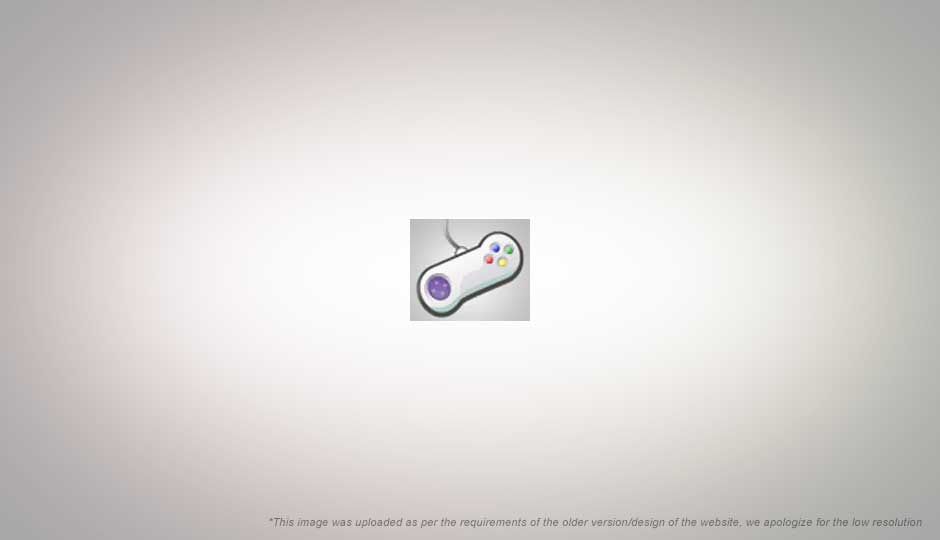 Console gaming is one of a kind domain, where frequent updates and build refreshes are considered to be poor marketing strategy. Video game consoles usually have a lifecycle of 5 years; if one stands more than this period, the developers/publishers pat their own backs.

Let's go back in fall 2005, having a pathetic experience with Xbox, Microsoft finally tried to turn the business with Xbox360. The Xbox360 gave the seventh generation console gaming an early debut, hardly more than four years after the release of its predecessor - the initial Xbox. The game-plan was to have a head start in the business, to have some more time to establish in the market and to wear off the previous criticisms; as much as possible.

As it will be another five years by 2010's upcoming Holiday season, we are already setting our hopes high for the next iteration of the dedicated video gaming hardware from the leading manufacturers, and the rumours of the expected release date are in the air. Although we can assure you not to expect any eighth gen console this year; Ubisoft clued everybody that the era will come no sooner than late 2011 or early 2012 season - as the current hardware are performing well on expectation. Although, if the the official statements from Microsoft and Sony are taken into account, the eighth-gen console may not see the daylight for next few years - for their never-ending argue over the superiority issue.

Microsoft, Sony, Nintendo; none of them are showing us any clear picture of development story, but just dropping clues that they are already up to it. But, while 'they' are cooking it raw, we can definitely shout our voice loud for what we expect out of them. So, here we are to put our expectations on the table and to speculate about what's coming up in the console market.

Yes, this is the most speculated nickname for the next Xbox (but don't hold me to it if it turns out to be something altogether different in the end). While Xbox 720 will bring a generational shift in technology to Microsoft's gaming console, just like the Xbox 360 did with its predecessor, things are a bit different this time around. With Xbox 360 discharging its duty quite efficiently, there's pretty less pressure on Microsoft to 'prove something' with this implementation of Xbox; all they can do, actually all we want them to do is that, to deliver a quality product to stand another five years or more and is not crafted in a hurry, messing up a big time by not incorporating the Blu-ray drives in the current version. 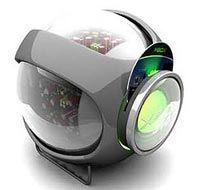 While some sources are reporting that Xbox 720 is going to harness the power of the newest Power7 processor from IBM, continuing its current processor architecture legacy, some others hold to a firm belief that Microsoft, following PlayStation's success, may also implement its Cell processors in the Xbox 720. Sony's PlayStation 3 is optimized towards performance, and Microsoft forged Xbox 360 to host more raw horsepower with its highly efficient processor and twice the RAM of PlayStation 3. So, if we consider the facts, then being more powerful (hence, low on optimization needs and more developer friendly), IBM Power7 has got better chance to show up in Xbox 720, than any other.

For the graphics solution, rumour has it that Microsoft may sign up with Intel to use their Larabee chips for the Xbox 720's GPU. After remembering their jump from NVIDIA (who provided the GPU for the first Xbox console) to ATI (who supply the Xenon GPUs for the Xbox 360), yet another move, from ATI to Intel, isn't too surprising, though the chances are feeble!

Now, to predict the hard disk size, we have to envision the incredible growth in the last part of this decade, and then wonder how much storage space will not be obnoxiously insufficient in late 2011 for a game console. Although a 1TB hard disk has the most optimal response from fans; chances are, as the detachable/expandable storage concept is emerging, this may prove more worthy for the future! As of the optical media drive is concerned, for this time on, we really have firm faith that Microsoft is not going to kindle with it - a Blu-ray drive is a safe choice for the next five or six years.

Getting to Project Natal Microsoft Kinect... you can definitely imagine that this thing is not a late blooming Xbox 360 controller, but actually an early introduction of what will be the Xbox 720's primary controller, and that Microsoft projected the release so that gamers could get used to it. The good ol' Xbox controller will definitely be supported for its legendary popularity and also for the reason that, some people may actually hate to do some sort of circus in front of the Kinect motion-sensor! Well, jokes apart; to suffice the need of the next generation of video gaming, the default Xbox controller will also be having a makeover cum upgradation too! Though not much known about it, but being currently code-named as 'Newton', this controller will most probably debut with the actual release of the Xbox 720.

For media and entertainment, enhanced multimedia connectors will be supported of different types, to get the juice out of it across various audio/visual output playback systems. Better connectivity feature is promised with a focus on the wireless networking types. The implementation of WiFi type-N, Bluetooth 4.0, WiMAX etc. are must-have features if it doesn't want to get obsolete soon. It is speculated that 'Always ON' Internet connection may be required for the use of the system, and there's a good chance that Microsoft may use it for the fight against piracy. And there's good news for the social networking birds - major support for dedicated social networking features will be included with the system for those Web 2.0 dwellers.

Xbox 360 may be the preferred platform for game developers with its flexibility in architecture and the resources to spare, but for the end users, Sony has served a long time with its much optimized entertainment system i.e. the PlayStation. PlayStation 4 will be no different at its core.

Cell processors have always had this controversy about its pro vs. con statistics, and this time there is a good chance of Sony sneaking out for some replacement! Though it is not yet known for sure what that replacement processor be. For the system memory, the production team is supposed to move away from XDR RAM, and use 1GB GDDR4 RAM for more versatile architectural deployment.

As of now, Sony will stick with NVIDIA for the graphics solution. The existing GPU of PlayStation 3, the RSX 'Reality Synthesizer', is actually a specially-modded G70 chip, but with the progress of graphics technology in the last couple of years, this time NVIDIA will be preparing a recipe for a state of the art graphics solution for the PlayStation 4. We can speculate that PlayStation 4 GPU will be based on the upcoming GeForce 500 series chips and will consist of about 1024MB GDDR5 video RAM.

For Sony, home entertainment are also a major concern, and the company may introduce the Holographic Disc (HVD) format with PlayStation 4, in step with support for 2160p QF-HDTV (3840×2160) resolution, with the grace of xvYCC extended colour gamut. This will extend the boundary of visual experience beyond that of traditional HD, and making it a cliché. For user storage, let's assume that the same expectation as of the Xbox 720 will suffice the need. Along with the 6GBps 1TB SATA-600 hard disk drive, comparatively smaller capacity SSDs may also be included for faster access for whatever reason it may be needed. The file format support for the expandable storage media will also be extended, unlike the PlayStation 3's FAT32 only support.

Though they disgraced Nintendo a lot at first, but eventually Sony came up with their own version of a motion sensing game controller, called the PlayStation Move Controller. Being an amalgamation of motion sensor and a handheld controller, Move will compete directly against Microsoft's Kinect and Wii Remote. Set to be released this fall as an upgrade for the PlayStation 3 controller, it is actually destined to be the default controller for PlayStation 4, like the Kinect for the Xbox 720. Rumours of the introduction of 4D gaming with vibration, wind, shock etc. are on the air already - but all that sounds too futuristic even for a speculation.

Although already being high on connectivity features, the next PlayStation will have advanced support for the existing WiFi and Bluetooth hardware, with 802.11n connectivity and Bluetooth 4.0 specification integration, even if we leave out 100Gbps Ethernet connectivity as complete speculation. Not just data connectivity, but also multimedia connectivity will be enhanced manifold to support the new and emerging display systems and multi-display array connecting interfaces. Apart from visual pleasure, 9.1 channel audio output support will play another dimension for the multimedia hogs.

Nintendo never had this itch to go stun their user with an enormous system specification or play with bleeding edge technology. All they had, is a minion of supporters from years back, and just the intention to provide them with a standard home entertainment system with minimal pocket hole. So far, it works; and Nintendo w00ts more than its competitors where business is concerned (more than 500 million copies of Wii sold worldwide till 2009).

As you can already guess from the name, the biggest hype for the Wii fans is this - Nintendo will at last be giving the console HD support. Coming much after both its competitors made their users taste it, Nintendo will now be racing to go beyond it this time. Specification wise, not much hardware is expected to be upgraded or added, and the same is expected with the software support too. The transition is more like the move from the Nintendo Game Boy to Game Boy Advanced; only those parts of the system will be polished and updated which ones will be rendered obsolete in the near future.

Wii is set to be released for the Holiday 2011 session, and that is all 'wii' know. No further details are available at the moment, but you can always keep an eye on Digit's website, www.thinkdigit.com, for fresh updates.

Continue to the conclusion...

A new generation comes with all new promises; even video gaming is no different. While game studios are focusing on the console market more and more, for the vice of piracy in PC gaming, chances are we may be left speechless when the actual eighth generation game consoles come along, introducing features that are hard to even imagine by now. Compared with a PC gaming rig, a current day console may under-perform big time, but console gamers can now rejoice, because the visuals, physics and performance will soon converge at par the PC systems in the next few years. So, if you stick to gaming only, a console will serve you better and will be more optimized for your needs.

No matter what is it coming next, we never want to pile up & throw our existing collection of games that we love so much, or the controller system that we are so familiar with; let's pray all the 'next' consoles be backward compatible with the previous game titles and their elder brothers' controller.

Digit will keep you updated about the future of game consoles, and in the meantime, feel free to share your thoughts on the future with us, at the ThinkDigit Forum.