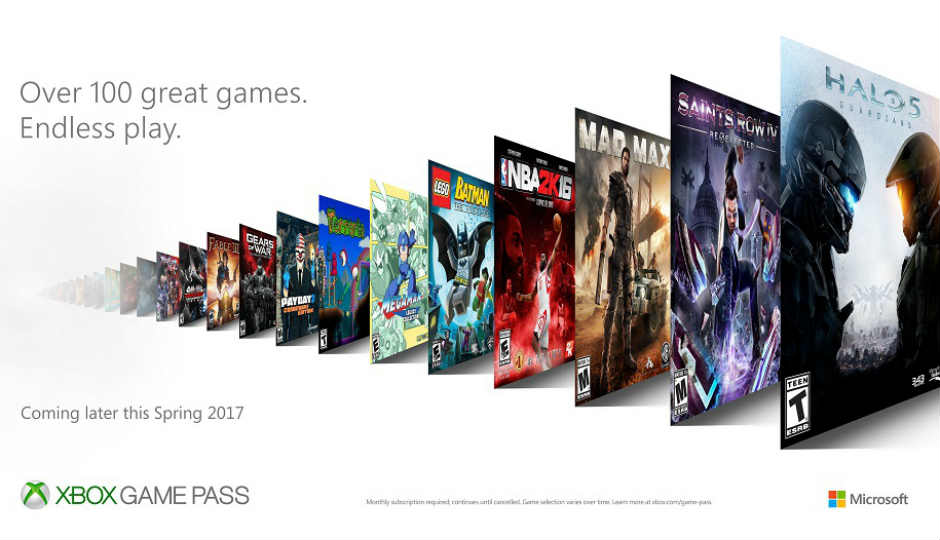 Microsoft has announced a new gaming service called Xbox Game Pass. The new service gives subscribers access to over 100 Xbox One and Xbox 360 backward compatible games on the Xbox One for Rs. 699 per month. Games that will be a part of Xbox Game pass include Halo 5: Guardians, Saints RoW IV Re-Elected, LEGO Batman, and more. A preview of the service has started rolling out to select members of the Xbox Insider Program, while the official rollout is scheduled for spring.

The company notes that since this feature is available as an early build, there may be some limitations which will not be on par with the final experience. Further, the users of the Xbox Insider Programs will currently get a limited catalog of about 20 titles, most of them being arcade games. Most AAA titles in the catalog will be available after the service is made available to the broader community. Microsoft has also warned that gamers may run into bugs while using the service in the Insider Program. Another issue that gamers might face with the preview is that it doesn’t have full localisation, so the product description and channel names will appear only in English.

Vivo S9 teased ahead of March 3 launch, colour variants and 44MP rear camera confirmed Previous Post
IT Rules 2021 and the need to regulate social media platforms: What it means for you Next Post