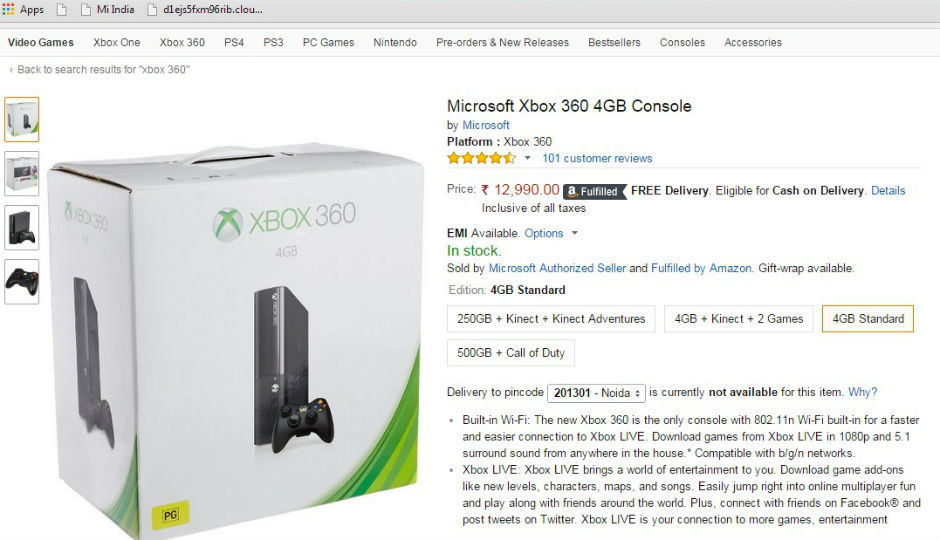 The prices for the Xbox 360 have officially been slashed in India by Microsoft. Will you buy it?

Microsoft has dropped the prices for the 500GB Xbox 360 in India. The older version of the console is now available for Rs. 19,990. In addition, Microsoft is also bundling the games Call of Duty: Black Ops II and Call of Duty: Ghosts and a month long subscription to Xbox Live Gold along with it.

The device(s) will of course still be available only on Amazon India.

That said, while the above mentioned prices are pretty good for the Xbox 360, overseas website ShopRiteDelivers.com has the new version of the Xbox available at a discount. The US-based website is offering the Xbox One at a price of $299.99 (approx. Rs. 20,000).

Of course, the website delivers only in the US and we’re not quite sure about how trustworthy it is. The price is pretty enticing though, especially if you have someone in the US who can bring the device to you.