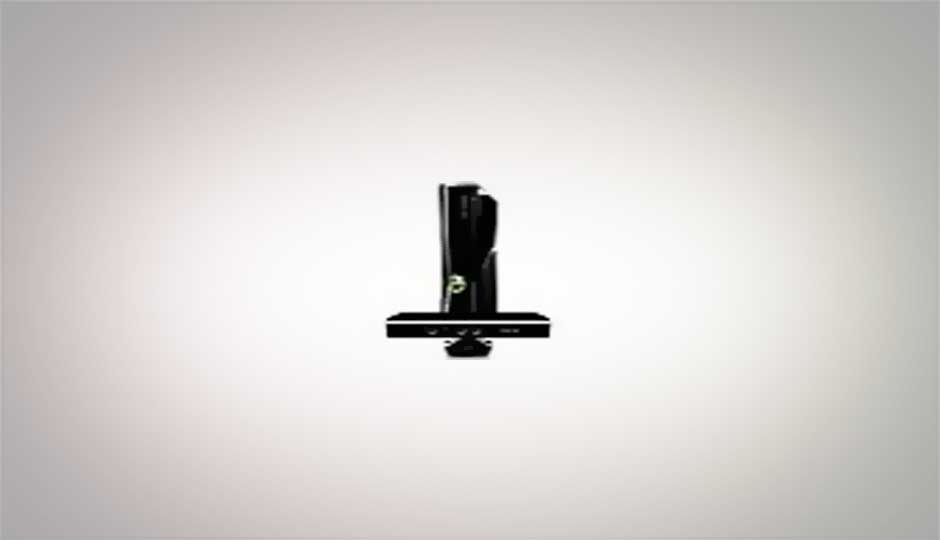 Microsoft has launched the Kinect for Xbox 360 in India, with an MSRP of Rs. 9,990 for the stand-alone Kinect sensor, which is bundled with the Kinect Adventures game suite. For those who don’t own an Xbox 360 console already, Microsoft has also released Microsoft has launched the Kinect for Xbox 360 in India, with an MSRP of Rs. 9,990 for the stand-alone Kinect sensor, which is bundled with the Kinect Adventures game suite. For those who don’t own an Xbox 360 console already, Microsoft has also released a console bundle for an MSRP of Rs. 22,990 (roughly what the Xbox 360 250GB console is available for), which includes an Xbox 360 4GB console, a Kinect sensor, and Kinect Adventures.

Microsoft’s Jaspreet Bindra, the head of the Entertainment and Devices Division in India, emphasized how the Kinect and its Natural User Interface (NUI) would transform the Indian living room, and “remove the last barrier between the user and the machine.”

The Kinect controller-free interface was hailed by Bindra as especially suitable for the Indian environment – apparently we Indians “ use gestures a lot”, and are a very social bunch, with games no less social for us than a tea party. The intention is to bring people together in the living room with a new kind of social video gaming. In Microsoft’s words, the Kinect will “bring a family together, and make them stay together.”

The model family and MC "together"

The Kinect was first launched overseas more than two weeks ago and its implications as a video game/user interface controller have already been much discussed across the world. Bindra in fact clarified the Kinect’s position in a hardcore gamer’s arsenal, saying that “core gamers” will probably stick with the Xbox 360 wireless controllers for such games as Gears of War, Fable 3, etc., while the Kinect will open up the world of modern video gaming, living room and Xbox Live competition to the casual, social gamer.

The Microsoft Kinect controller-free NUI has launched in India with 11 titles in tow: 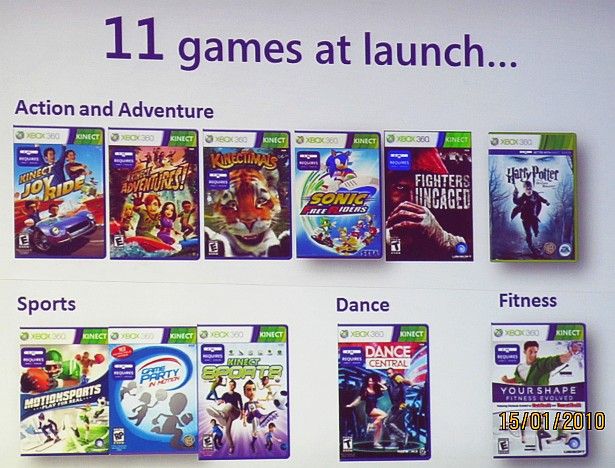 [RELATED_ARTICLE]The Microsoft Kinect has already seen some pretty great success in sales numbers, with over 1 million units sold in the first 10 days. Microsoft is hoping to hit a figure of 5 million units before the calendar year is up. At the end of the event, just before we got our hands-on (pun unintended) with the controller-free interface on the Xbox 360, Bindra re-established what Microsoft has recently started saying about the Xbox 360 controller being hacked to work on Windows and other platforms: “Neither the software or hardware of the Kinect has been hacked. [They] have just made drivers.”

He emphasized that Microsoft is heartened to see such developer interest around the world sparked off by their product, and while it would be looking to put into place a guiding framework on developer efforts for the sake of quality, it encourages the developers’ interest. Bindra also highlighted how the Kinect with its NUI and sensory equipment will one day be used to provide a number of “breakthrough applications” in various sectors apart from just enterainment, but also in health, education, etc.

The Kinect is currently available in India at over 150 large format retail stores across 7 top cities, and can also be purchased online at Microsoft's Online Store. Note: the Kinect sensor will work on ALL Xbox 360 consoles, but may require a power adapter (bundled) on older versions. 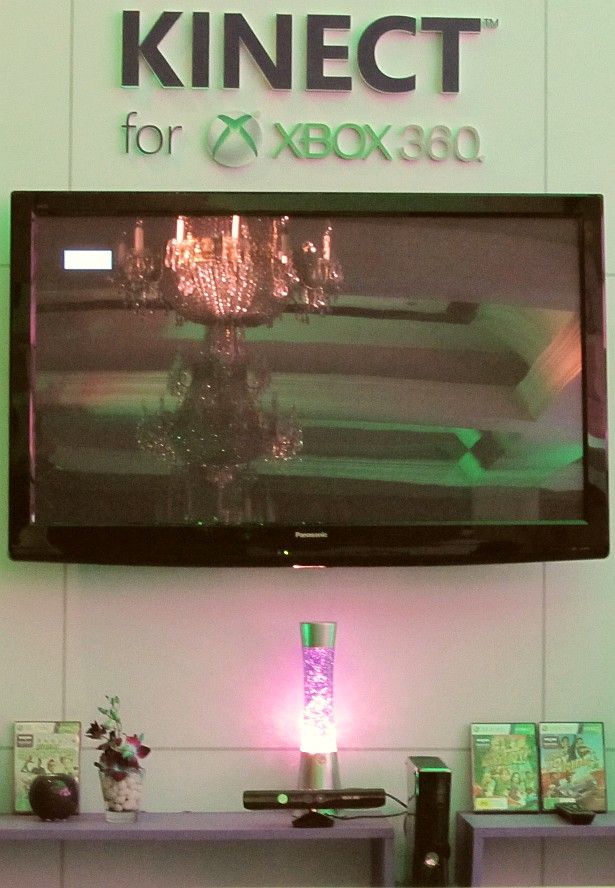 We did get our hands on with the Kinect interface, trying out Kinect Sports (Volleyball) and Kinect JoyRide, and our take away impression was that the interface would certainly appeal to casual gamers, and actually make the world of video games more approachable for them. But for now, the interface does need some fine-tuning/calibration, reduced compensation, and better accuracy/sensitivity before it becomes a controller replacement for hardcore gamers. Fortunately for Microsoft, this seems like a workable objective, with firmware updates helping to update both the console and the sensor for the better.