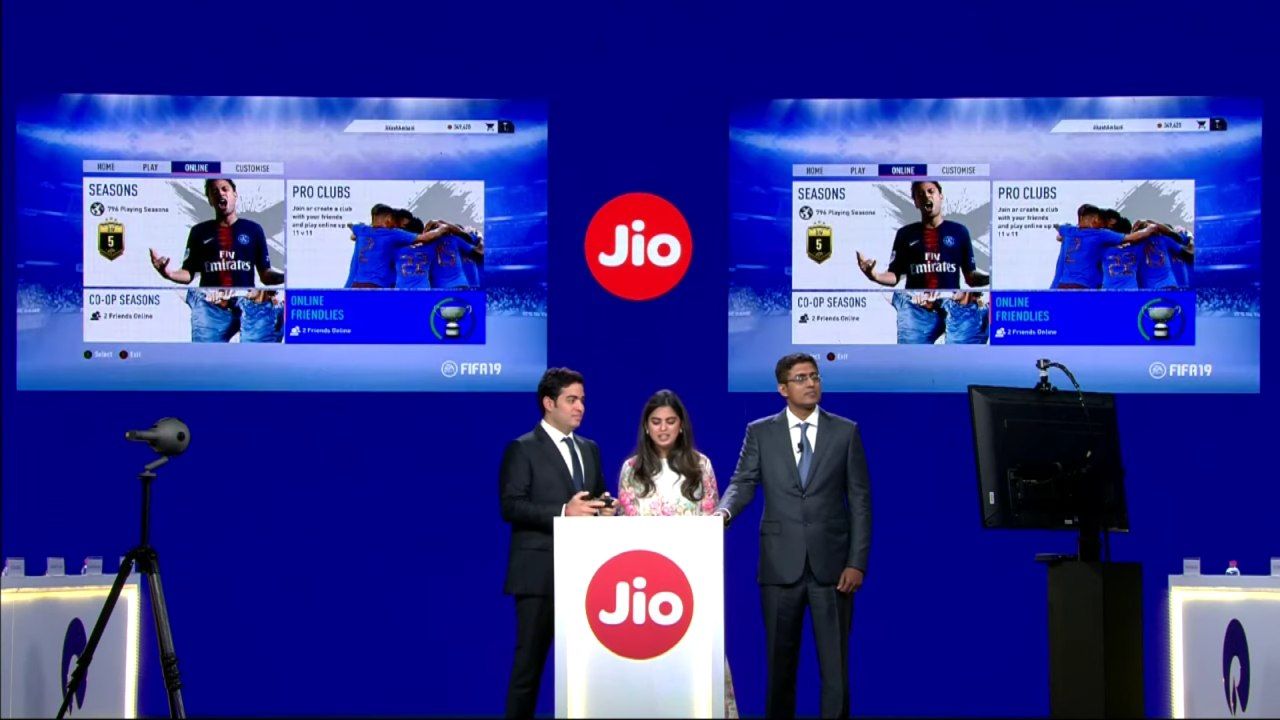 Reliance Jio’s Annual General Meeting is always full of consumer-focused announcements and this year was no different. Amidst the announcement of Jio Fiber and Jio TV, the Ambani crew also announced their new set-top-box, which is actually capable of doing a whole lot more.

The Jio set-top-box feels less like a set-top box and more like a gaming console. On stage, Akash Ambani played a game of FIFA to show off the console’s set-top box’s graphical chops. They also made special mention of the fact that not only can consumers pair any gaming controller with the device (or use their smartphones as one), but also the fact that the set top box comes with a graphics chip on-board.

Jio announced a few key partnerships with companies like Gameloft, Tencent and more, indicating that the set top box is going to be playing Android games. While such boxes already exist, what really sets the set-top-box apart from everyone else is Jio’s own version of Xbox Live. That’s right, Jio has announced its social, online gaming platform which will allow Jio users to play their favourite games with their friends, regardless of where they are in the country. This would include aspects of multi-player gaming and social interactions too, with the set-top-box also being capable of video conferencing.

All of these online components of gaming on the Jio set-top-box will be enabled by Jio Fiber, the companies broadband service. Reliance CEO Mukesh Ambani announced that Jio Fiber will start at speeds of 100Mbps minimum and offer zero latency to offer a world-class online gaming experience. Jio Fiber will be available commercially starting 5th September 2019 in certain areas, with Jio completing the rollout within 12 months of that.