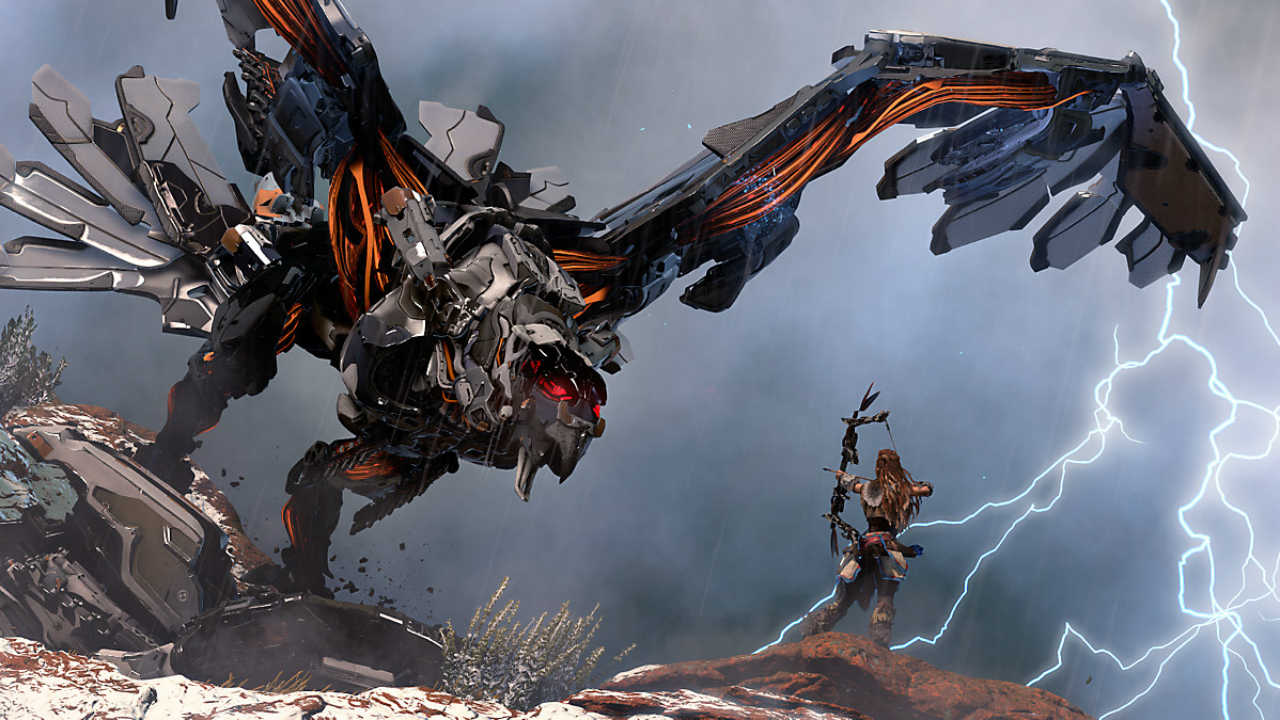 Horizon Zero Dawn sequel could be a PS5 exclusive and include co-op: Report

Horizon Zero Dawn sequel could be a PS5 exclusive. It is speculated that the game could feature co-op as well.

If information circulating the internet is to be believed, then Sony has some big plans for the sequel to one of its most successful new IPs, Horizon Zero Dawn (read our review here). Amsterdam-based Guerrilla Games is the studio behind the franchise and before Horizon they were known for the FPS Killzone franchise. To begin with, it is suggested that the Horizon franchise will be a trilogy. According to VGC, “a multi-part script was written – but the plan was only officially agreed after the original game’s strong debut on PlayStation 4”.

According to the source, the original plan was to release Horizon 2 on the PS4, but it looks like the focus has shifted to the PS5. Considering the hardware leap on the PS5, it makes sense. However, Sony will potentially ignore the 100 million plus PS4 owners in doing so. Microsoft, on the other hand, has committed to bringing all exclusives for 1 year after the launch of the Series X to the Xbox One family of consoles. This could potentially hold those games back from exploiting the Series X hardware, but it will cater to an existing install base ensuring the game sells a larger number of units. Then again, a “killer app” is the reason people invest in hardware, and this move could tempt a lot of PS4 gamers to upgrade to the PS5.

Since a game takes 4-6 years to make on average, it looks like we will see Horizon Zero Dawn 2 somewhere in 2021 or 2022. Sony expected to sell fewer PS5 in the fiscal year ending March 2021 because of the increased price of the console. It has been speculated that the PS5 could cost as much as $550 (Rs 42,000 approx. directly converted) which could put some people off from buying it during the 2020 launch.

Coming back to the topic at hand, the source goes on to say, “Horizon Zero Dawn 2 is said to be ‘gigantic’ in scope with a larger game world and more freedom to explore it than in its predecessor. People with knowledge of the game also indicated the inclusion of a co-op feature, although it’s not clear if this is delivered via the main story or a separate mode.”

Co-op has been something that was rumoured to be a part of the first game but was scrapped. Concept art did show multiple characters taking on mechanical robots in the world. It isn't clear how this feature will be implemented since Horizon is a story focused single-player experience.

Guerrilla Games has posted a number of job openings that mention an open-world game, hinting that they are working on a sequel to Horizon. If you are a PC gamer, then know that Horizon Zero Dawn is coming to the PC and is listed on Steam. You can read more about it here.