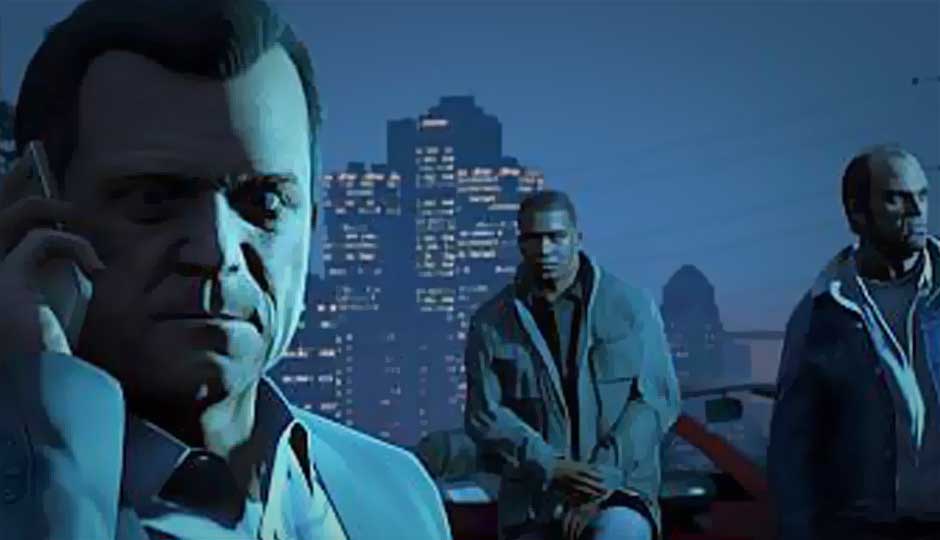 Rockstar Games brings you a little Christmas gift with five new screenshots of GTA V. Also along for the ride are some juicy updates on the PC version, and a fan-made trailer.

Are you a big fan of the Grand Theft Auto franchise? Well, developer Rockstar Games has released sort of a Christmas goody bag for all you fans. We’ve got screenshots, we’ve got a trailer and we’ve got some potential leaked dates. Keep reading for the good stuff.

To begin with, there are five new GTA V screenshots that showcase three new protagonists, jets, submarines and sharks! Jets and nuclear-powered submarines are awesome, but when you put sharks in a game, that’s just a whole new level of awesome. The screenshots looks absolutely stunning, which makes waiting for this game even harder.

If photos don’t cut it for you, then there is a fan-made video that replaces bits of the second official trailer with clips of Johny, Niko and Luis, the three protagonists of the game. The video has a rather comic element to it, and introduces the viewer to the world of GTA 5 and all its possibilities.

Last and not the least, we’ve got some interesting updates about the PC version of GTA V, which received absolutely no mention during Rockstar’s announcement. Up until now, Rockstar has maintained that the console space was their focus for the new GTA game, leaving a lot of the PC gamers alienated. However, it looks like that a PC version does exist, and will be making its way into the PC gamers’ hard drive.

The update is based on how some of the online retailers like Amazon jumped the gun and listed the PC version for pre-order along with the Xbox 360 and PS3 version. Rockstar was quick to get the listing changes though, but what’s done is done. Then there is also the news that two programmers who were working on the development of the game, have been floating around their resumes with “Xbox 360, PS3 and PC” listed as platforms of development.

While an official date of release for any platform is not yet confirmed, but what we do know is that the game is slated for a Spring 2013 release, and that’s straight from the horse’s mouth. We recommend enjoying this little Christmas goody package from Rockstar till the game can take its place.