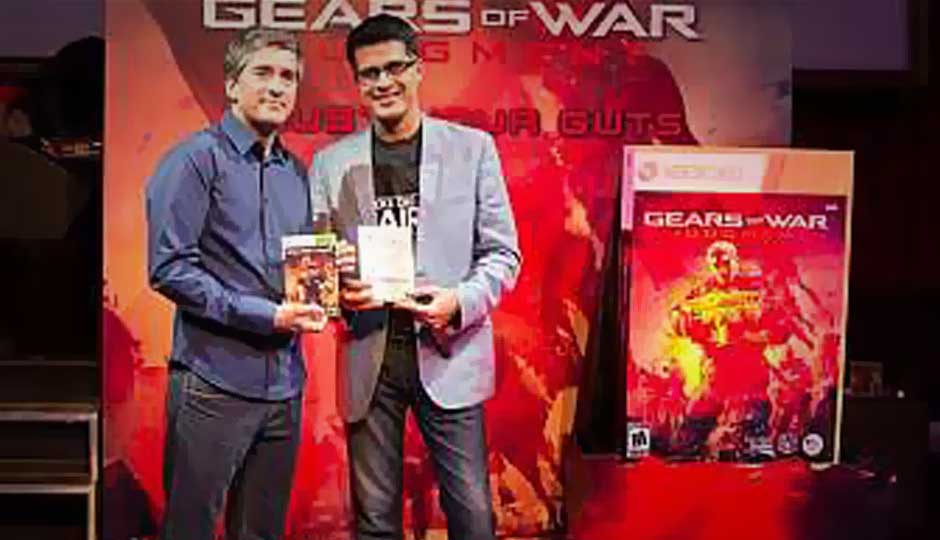 Microsoft went all out for the launch of the most anticipated Xbox 360 exclusive game of the year, Gears of War: Judgment, and we were there to cover it.

Microsoft India held the official launch for Gears of War: Judgment launch in Mumbai yesterday, an event full of much fanfare and of course, gaming. The game has been highly anticipated in almost every part of the world and Microsoft went all out to appease those of us who couldn’t wait to see how they would unveil the new series.

The venue for the launch was drenched in the Gears of War: Judgment spirit, with artwork from the game adorning the walls, ceiling, stairwells and even the bar. It really was impressive just how all-out Microsoft went to make sure the launch of Judgment was a successful one. Anshu Mor, Business Group Lead – Interactive Entertainment Business, Microsoft Corporation (India) Pvt. Ltd. kicked off the festivities with a Gears of War 3 multiplayer tournament, where the attendees had a chance to go at the previous game before getting to experience the refined gameplay of the new Gears game. Despite being a media event, it was quite surprising just how many people flocked to the consoles to get their hands dirty on Gears multiplayer, with wait-times extending into double digits.

An hour’s worth of multiplayer action later, Anshu Mor once again took the stage to walk the audience through the Gears universe, talking about the original trilogy coupled up with a show of official trailers. It was quite a trip down memory lane for this particular writer, being a huge Gears fan, to watch the original trailer of Gears of War 1, with its less-than-stellar visuals and character renders, still managing to stir up some emotions. Following some more talk about the story of Gears of War, and some major spoilers later, it was finally time to talk about Gears of War: Judgment.

Gears of War: Judgment is a prequel to the hit trilogy of Gears of War. Since the timeline pretty much ends with Gears of War 3, the only possible way to continue the franchise was to go back to Emergence Day and tell the story from the beginning. However, Judgment is the story of Damon Baird and Augustus Cole (mostly Baird though) as they fight the Locust Horde to save Halvo Bay. The game has been forged in the spirit of the classic Gears Trilogy, but does bring a few essential refinements to the whole experience. You can read all about it in our review of the game. 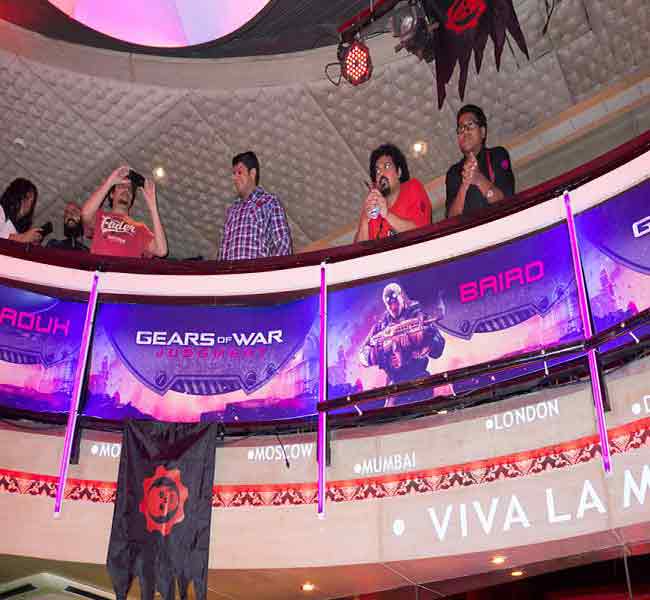 The party concluded with the Microsoft Team switching out Gears of War 3 for Gears of War: Judgment in all the consoles and the media got a chance to take a shot at the new game. With a changed control layout, it was a little funny to watch first-timer tossing grenades using a key that originally used to show directions and placement of team-mates.

Gears of War Judgment is now available throughout stores and online retailers for Rs. 2,999 exclusively for Xbox 360. There will not be a PC version in case anyone was wondering.