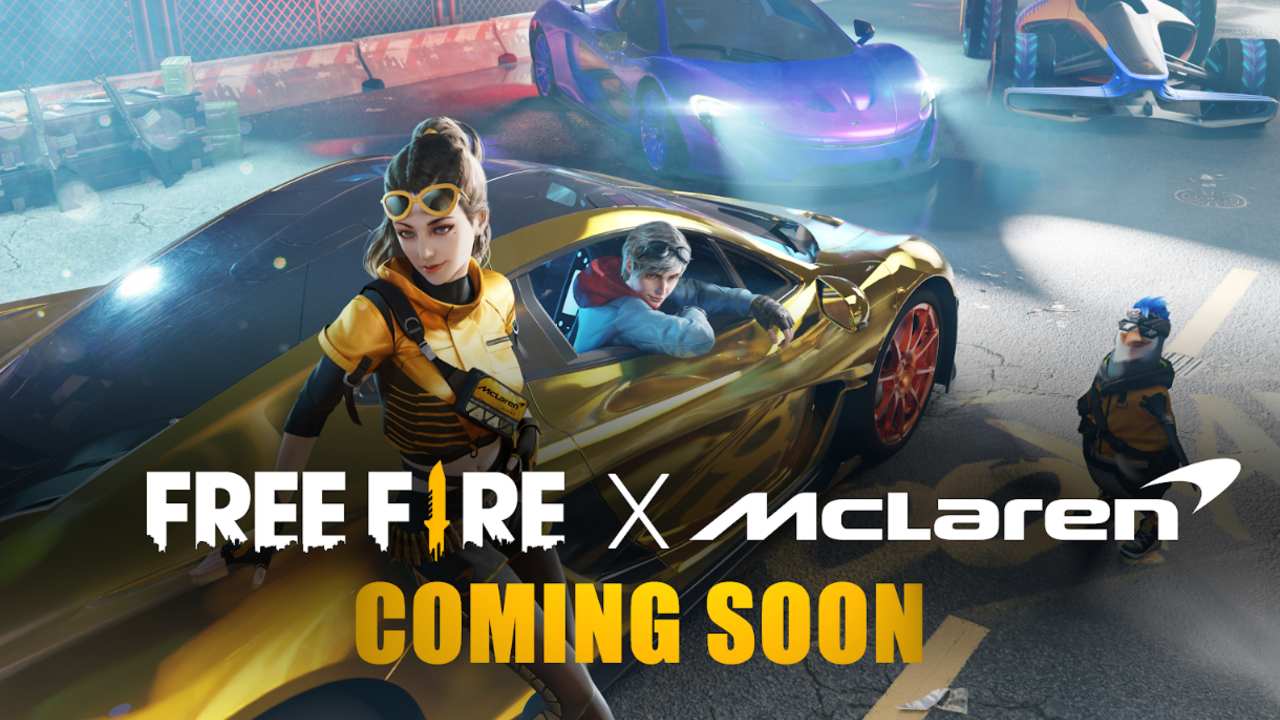 Garena is teasing a Free Fire crossover with McLaren. The partnership will see the addition of McLaren vehicles to the game. The developers have also teased the involvement of McLaren F1 driver, Lando Norris.

Garena is teasing a collaboration between Free Fire and supercar manufacturer, McLaren. The crossover will be called Acer the Field and will include various in-game features that include McLaren cars and more.  Mark Waller, Chief Commercial Officer, McLaren Racing, said: “We are thrilled to be collaborating with Free Fire for an in-game McLaren Racing integration. Our fans are always looking for ways to connect with our team and this integration gives this accessibility in a new and exciting way. It’s a brilliant collaboration in a time when gaming is only continuing to grow, and McLaren wants to be a part of that growth!”

The collaboration will see McLaren vehicles being added to Free Fire. This includes the MCLFF, which stands for McLaren-Free Fire. This is McLaren’s vision for Grand Prix racing and takes inspiration from the MCL35M, the current F1 used by McLaren this season. The crossover will also include the McLaren P1 supercar that was unveiled in 2013.

Harold Teo, Producer for Free Fire, said: “Both the MCLFF and McLaren P1™ are signature cars and represent the innovation and leadership that McLaren stands for. To bring these elements into Free Fire is something that we are truly excited about.”

The new vehicles will be available in all three major maps in Free Fire, This includes Bermuda, Kalahari, and Purgatory. As with any other vehicle in the game, the vehicles should spawn randomly. So players will have to find vehicles for themselves.

Garena has also teased the involvement of McLaren F1 driver Lando Norris. However, the developer has not yet revealed how this would happen. However, Garena did say that players will get the opportunity to win VIP McLaren Racing prizes and experience a McLaren x Free Fire activation.